When USB Type-C gadgets and ports become commonplace, sticking a USB connector wrong side up will become a thing of the past. Personally I don’t mind. It’s one of those things that remind you that you’re alive. Like when you’re driving home after a long day at work and you see a deep pothole, and you just go for it. Just to see what it feels like. Woah. That got weird. I don’t know how to drive and I work at home. Plus there’s this adapter that makes USB connectors reversible so there really isn’t anything to deal with anymore. 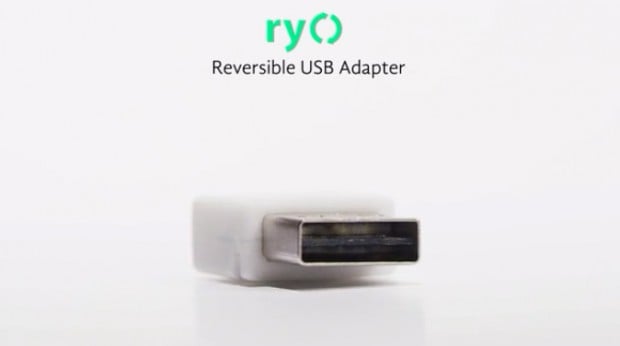 Just stick it into your gadget, flash drive or charger’s connector and you’re done.

Pledge at least $15 (USD) on Kickstarter to receive three Ryo adapters – two black, one white – as a reward. Watch out for those potholes.