DIY Star Wars Speeder Bike Quadcopter: The Merch Side of the Force

We’ve seen how you can make TIE Interceptor and Millenium Falcon remote-controlled multicopters. Adam Woodworth also made a Star Wars-themed quadcopter, but instead of building its body from scratch he modified a speeder bike action figure. 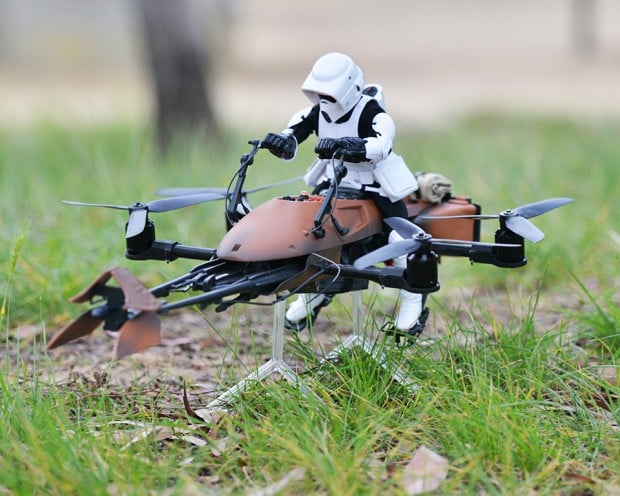 Adam used a 12″ Star Wars Power of the Force Imperial Speeder Bike as his quadcopter’s body because it’s light and easy to take apart yet fairly durable. He also made the toy about 185g lighter by replacing the biker scout’s body with a skeleton made of pipe cleaners, carbon tubes and old Nerf darts. 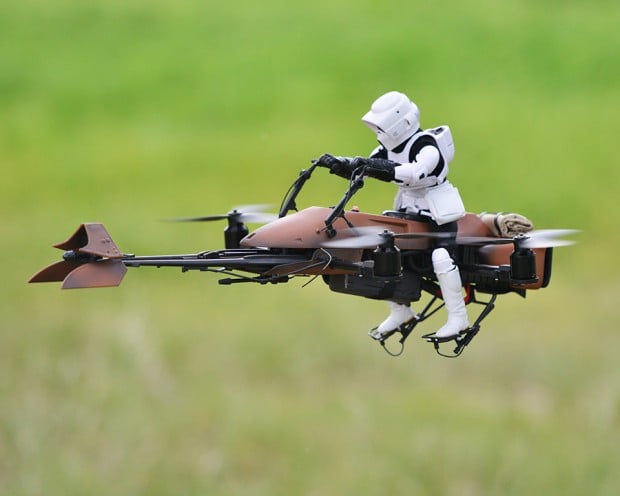 When he wants to fly the quadcopter from its perspective, he swaps the biker scout’s head with a combo camera and transmitter that he mounted on a small styrofoam ball. He’s not supposed to see the trooper’s head from that view anyway.

I wouldn’t be surprised if officially-licensed Star Wars quadcopters come out. This looks like a lot of fun to play with. Head to Make: for more on Adam’s toy.