Japan has some very weird stuff. In fact, I think Japan is the source of most of the weird stuff in the world. Typically, when we talk Burger King, we are talking about some strange food that will be available at their Japanese locations. This time out it’s a perfume. 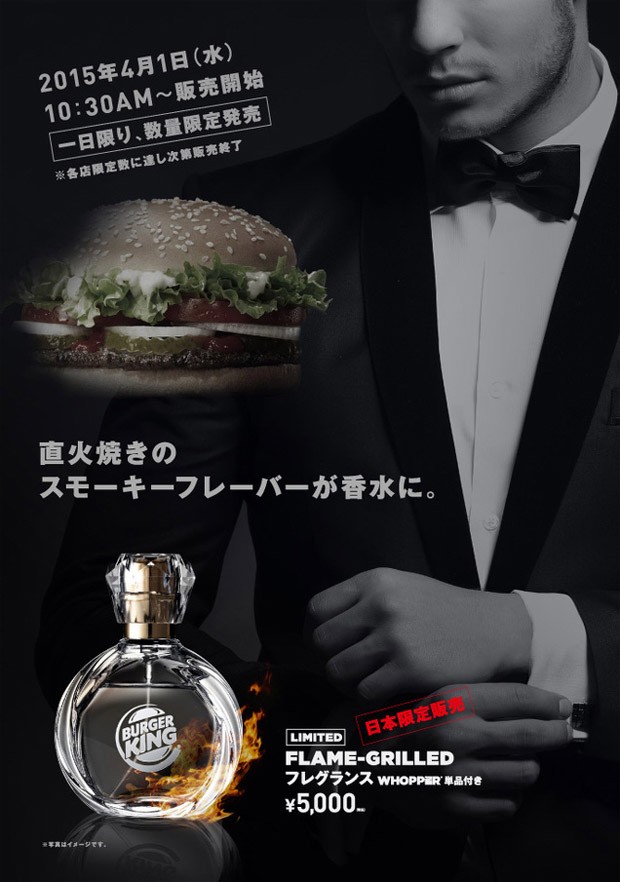 The scent is called “Flame-Grilled” and you can guess what it smells like. The smell coming from the grill at Burger King is the only good thing about the restaurant to me. The fragrance will only be offered in Japan and will launch on April 1.

You may be thinking, “Wait a minute! April Fools!” Apparently, in Japan April 1 is “Whopper Day” at Burger King, and unofficial holiday and this is supposedly a real product. I’m still hoping that this is fake. Who really wants to smell like grilled beef patties?