The latest collectible from Awe Me’s Super Fan Builds is a coffee table based on Han Solo’s carbonite block. Because the metallic block could’ve been Han’s coffin if he wasn’t reanimated, Super Fan Builds built the table using an actual wooden coffin as its base. 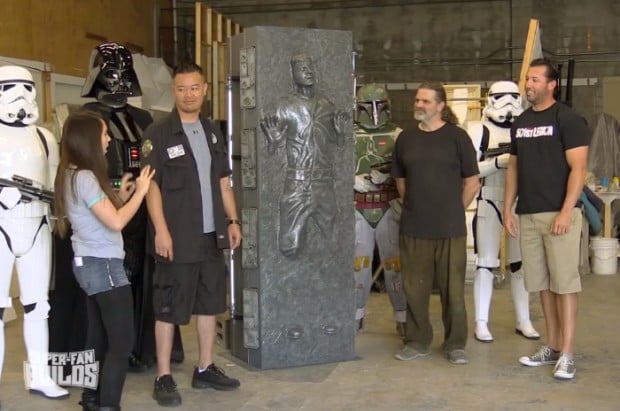 Super Fan Builds built the morbid table for Ray Choi. Ray is a member of the 501st Legion, the world famous group of Star Wars cosplayers that use their talents and costumes to participate in charitable events. As the icing on this cold death cake, Super Fan Builds put Ray’s face on Han’s frozen body and gave him a Han Solo costume.

This is one of the few presents that’s equally appropriate for someone you love and someone you hate.