Iron Throne Made from Carrots

The rabbit who got this Game of Thrones style Iron Throne is one very lucky bunny. He goes by the name of Wallace the rabbit and after getting this throne, he has probably become a real tyrant. His human made the throne for him using nothing but carrots and cardboard. 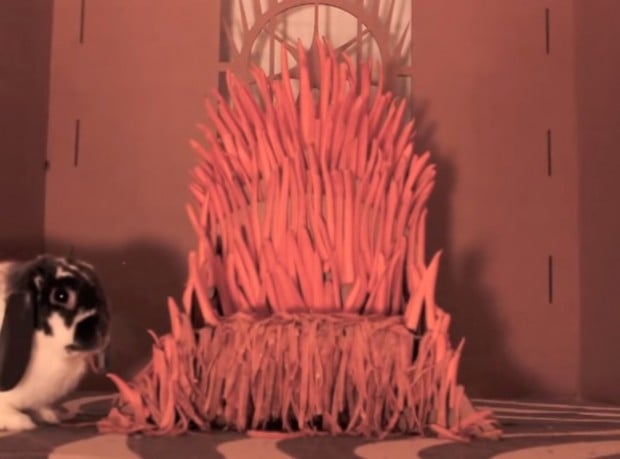 You can watch it being built in the video below. In an odd twist, it turns out that the rabbit didn’t even eat this throne. The owner says that he ate most of it. The rabbit was probably worried about being poisoned in the early days of his reign.

May House Tar-hare-yen rule for a thousand years.