Avengers: Age of Ultron 3D Glasses Make You Look like a Superhero

Marvel Studios and Real3D have announced a limited edition run of 3D glasses that are based on characters from Avengers: Age of Ultron. There are seven pairs in all. The line is missing Hawkeye, Quicksilver, and Scarlet Witch, but the rest are all here. 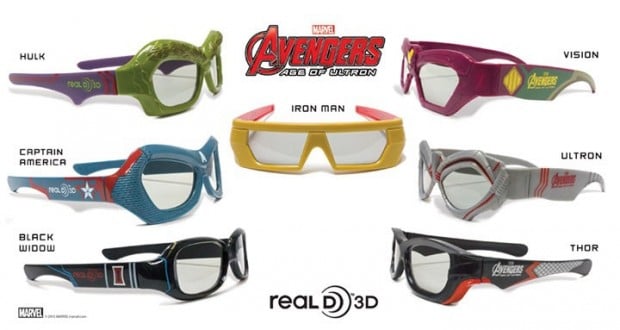 You’ll probably want to collect them all when you are able to actually buy them. Then you’ll be able to transform yourself, or at least your eyes, into almost any character you want.