Finally, there is a clock that tells time in the same way that a nerd’s mind works. This 8.75″ diameter clock tells time in geek-speak. 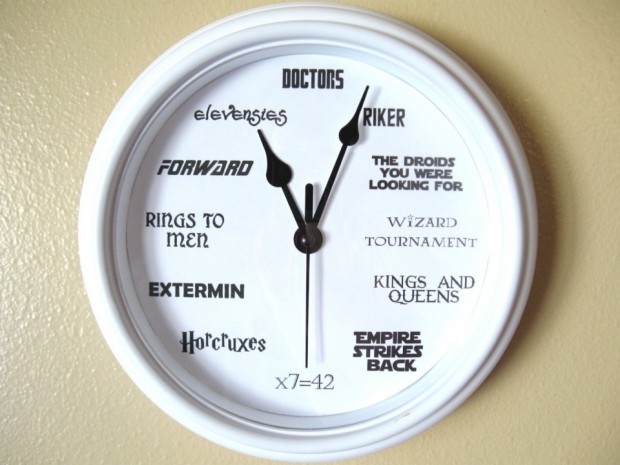 Hang it up and find out just how geeky your friends and family are, by seeing if they know all of the references. I’ll explain for those of you who aren’t geeky enough to get it.

Twelve o’clock is for the 12 Doctors. Riker is number One, so that must mean it is one o’clock. Ten Forward is where the Star Trek crew unwinds, so Forward is 10 o’clock, and so on. Get it? This should make a fine piece of nerd decor.

The Nerd Clock is only $23(USD) from Etsy seller LetterThings.