Matt Listor created this amazing NES Self Promotional Mailer for his Graphic Design and Professional Practice class as a cool way to let others know what he is all about. It certainly lets everyone know that he is talented. And a geek. 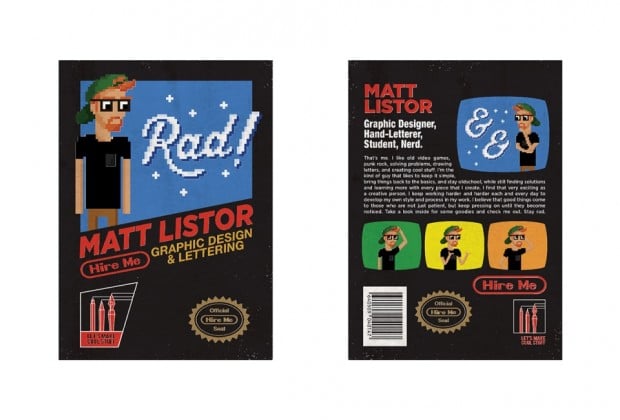 Matt ran with the idea of recreating an old Nintendo Entertainment System game box. He had to learn how to create pixel art and lettering, create templates for the box and cartridges, and do packaging design for the game box itself. As you can see, it all turned out perfectly. 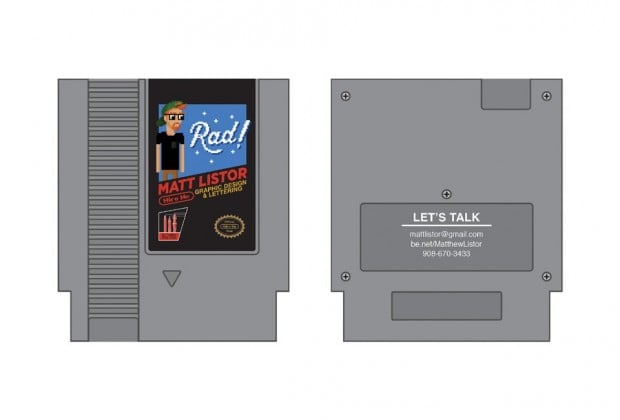 This project is modeled after the Duck Hunt game box and cartridge. In fact, his version of the box and cartridges are the same size as the real cartridges. Great idea Matt. It all looks awesome, and I would hire you if I had a position for you. 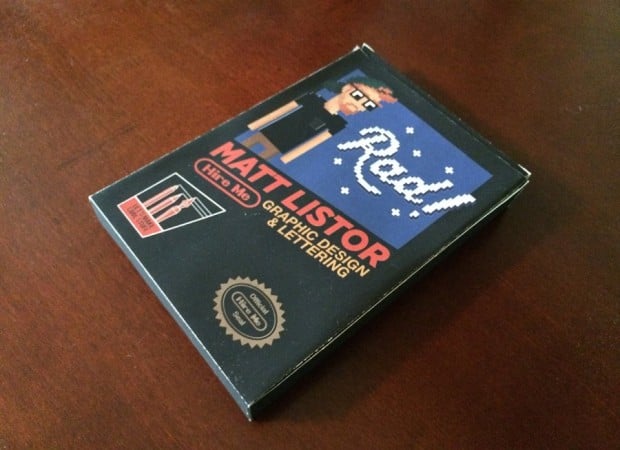 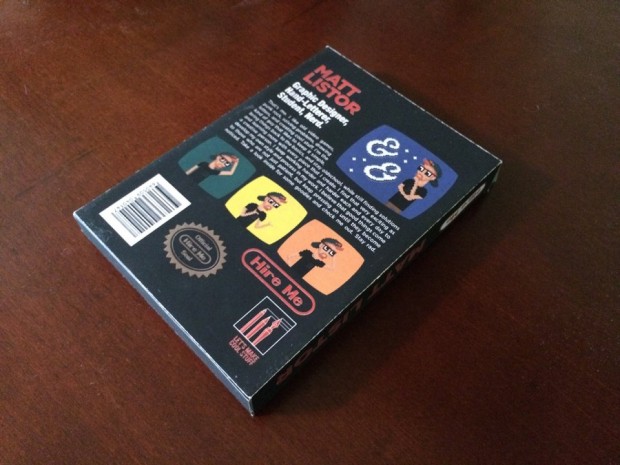 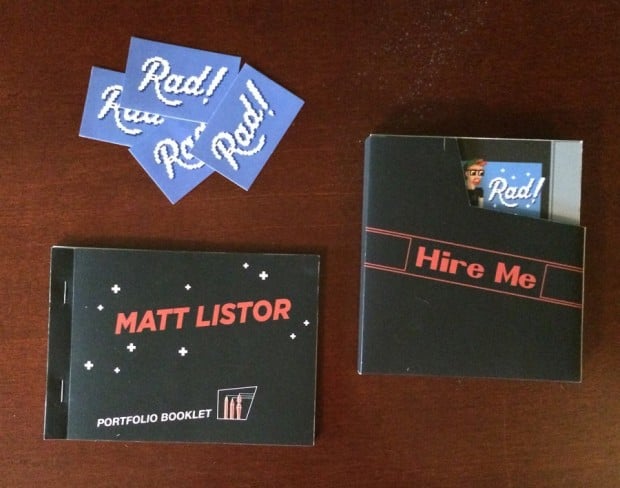 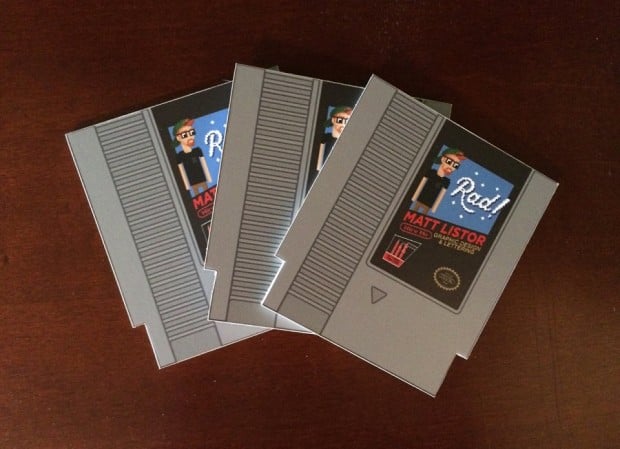