Google’s Project Ara and similar smartphones could help us personalize our mobile device like we do our PCs, but if you’d rather stick with your smartphone of choice, the Nexpaq phone case appears to be a viable half-measure. 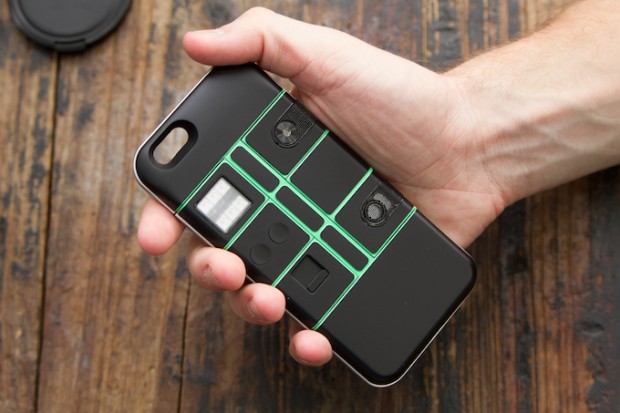 Nexpaq works exactly like Dave Hakkens’ revolutionary Phonebloks concept. The case has swappable plug-and-play modules, each providing a single function such as an extra battery, additional flash storage or an SD card reader. When it launches, Nexpaq will have 12 modules, but if it takes off more modules will surely come, both from its inventors and from third-party manufacturers.

The base Nexpaq case has six module slots and will initially be available for the iPhone 6, Samsung Galaxy S5 and the Samsung Galaxy S6 Edge. Nexpaq is currently conducting a survey to gauge demand for other smartphones. The company also promises that future Nexpaq cases will be backwards compatible with all previously released modules, which is certainly a lofty but wonderful possibility if they’re able to stick to their promise.

Here’s a brief demo of Nexpaq’s modules. Note how the iPhone 6 variant has the option to connect to the phone via Bluetooth, which means some modules will work even if the iPhone 6 isn’t connected to the case through its Lightning port.

Pledge at least $109 (USD) on Kickstarter to receive a Nexpaq case and at least four modules as a reward.