I LOVE pizza. If I had to pick one food to eat for the rest of my life, it wouldn’t be cherry Pez, it would be pizza. Right now, I think the best pizza I have ever eaten comes from a local joint, and it is packed with everything. I mean everything this side of anchovies because they are disgusting. If it’s a normal, non-fish topping or vegetable it’s on this thing. The name is simply “The Six Pound Pizza” because it’s got so damn much stuff on it that’s what it weighs. I’ve got the meat sweats just thinking about it. I find myself a little grossed out and strangely hungry at the same time when I look at the latest creation that Pizza Hut is offering in Australia. It’s no Six Pound Pizza, but it is a pizza with little meat pies baked right into the crust. 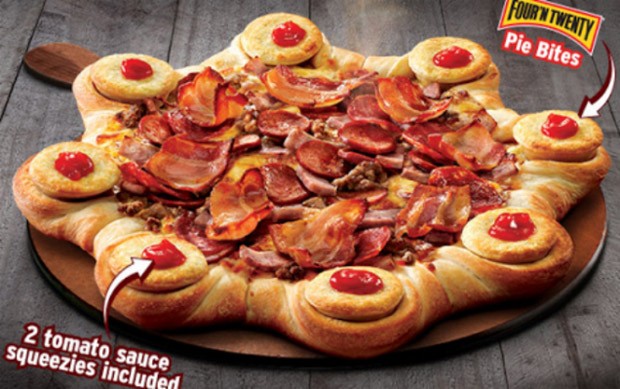 The pie is apparently a tie up between stoner snack firm Four’N Twenty and Pizza Hut. I really want a piece, but I sort of hate myself for it. Why doesn’t Pizza Hut have any weird, yet strangely enticing pizzas in the U.S.? 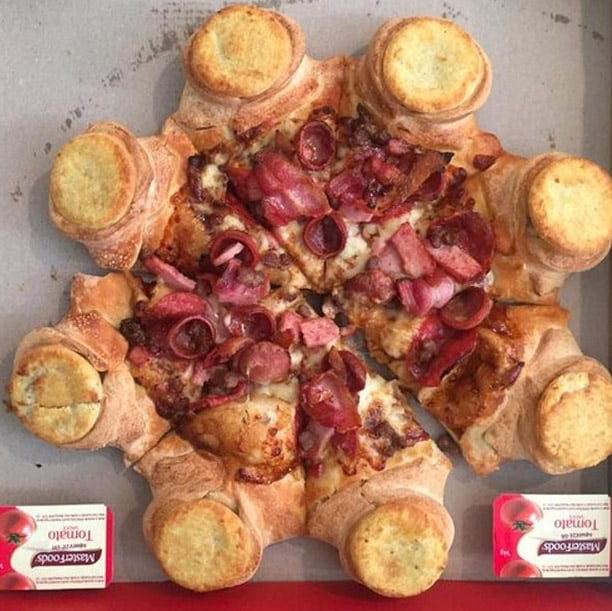