The next time you see someone walking down the street with a pair of wireless buds inserted into their ears, they might not be listening to their favorite jams.

What could they be they listening to? Well, that’s where things get interesting. New York City based Doppler Labs has mounted a Kickstarter campaign to produce its Here Active Listening System which features a sophisticated digital signal processor. While that sounds highly technical (and it actually is), it basically boils down to having an electronic soundman in your ear who can optimize the noises around you. 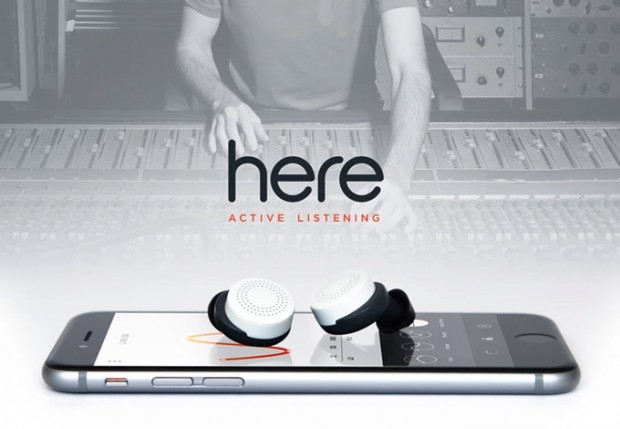 There are several ways the device works, all by manipulating an app that syncs with your earbuds. Let’s say you’re on an airplane and a baby in the row in front of you just won’t stop howling. The Here system allows you to tap your app and drown that baby out. 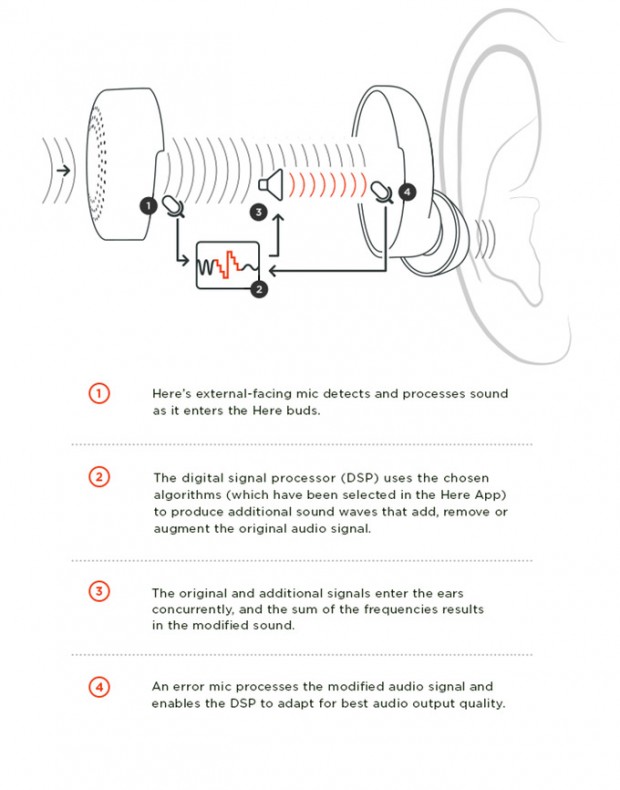 It also has an amazing equalizer setting, so if you’re at a concert and you don’t like the way the music is mixed, you can customize it to your own tastes. There’s also a somewhat silly functionality that enables you to add filters to the sounds you are hearing – like reverb and echo (which might make a really boring lecture sound cool enough to pay attention to).

As we all know, there are a lot of dubious Kickstarter campaigns out there, but this ones really rings true and I would highly doubt it doesn’t hit its goal and soon hit the market. An early bird pledge of at least $179 will get you one of the first Here systems .