This Opera Stars a Robot

In one of the stranger turns in the world of opera, the Berlin Komische Oper and performance group Gob Squad added an unusual member to its performance troupe for a recent show. They brought in a robot to play one of the roles. 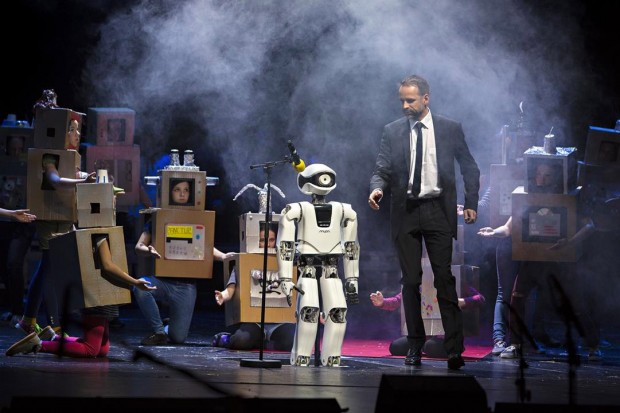 Dubbed “Myon” and constructed by the Berlin Humboldt University, the child-sized autonomous robot plays a role in an opera called My Square Lady, and he seems to fit right in. You can check Myon out on the stage in the videos below:

He doesn’t seem any more stiff than the performers in the cardboard outfits, and his vocals are great. The way he sings kind of reminds me of the way that GLaDOS does. Maybe they were boyfriend and girlfriend at some point, and were torn apart by Aperture Laboratories. Say, that sounds like a good plot for their next robotic opera. 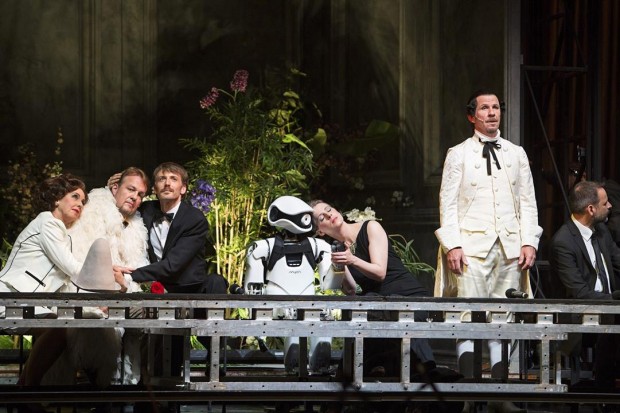