The thing I have always loved about NASA is that it knows the way to keep Americans interested in space and exploration is to share all the awesome stuff its astronauts and scientists discover on missions. Take, for example, the exploration of Mars with rovers and spacecraft in orbit. NASA is always giving us some cool pictures and details of things to think about. 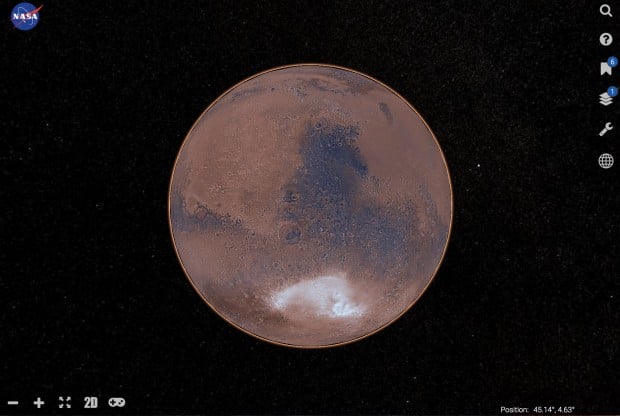 Recently NASA launched a new website called Mars Trek that you can access via a desktop browser or a mobile device. Mars Trek has images and pictures taken from various NASA missions smashed together into an interactive exploration tool that is rather like Google Street View, only of Mars. 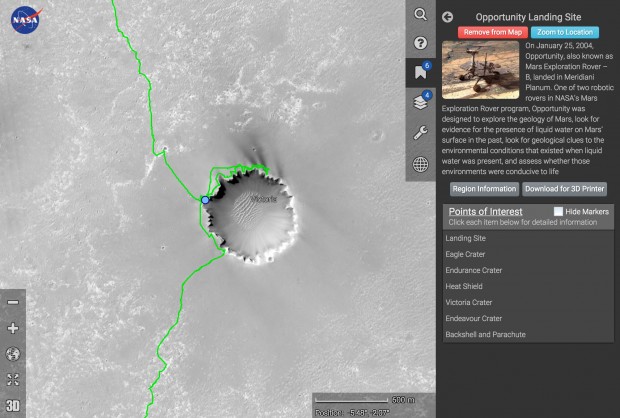 You can’t zoom in much on the features on the Red Planet, but you can get details via bookmarks for important historical locations like the landing location of Curiosity. You can also get details about locations such as Gale Crater. Check out Mars Trek here.