Researchers at the National University of Singapore (NUS) are testing robotic swans that can track water quality and upload collected data in real-time. The system is called NUSwan, a nod to the university but also short for New Smart Water Assessment Network. 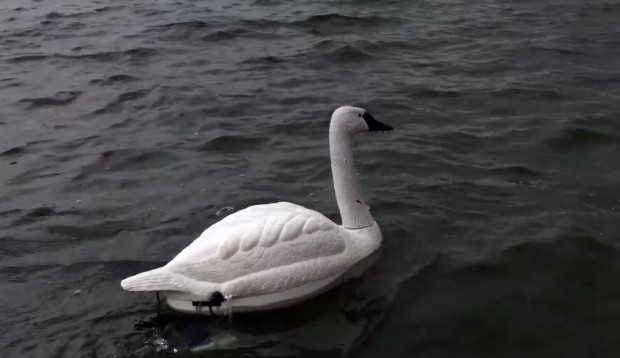 The researchers chose to make the NUSwan robot resemble a bird to make it blend well with environments where bodies of water are subject to pollutants from both industrial and recreational activities. They eventually settled on making it look like a swan because it was the right size for the job. 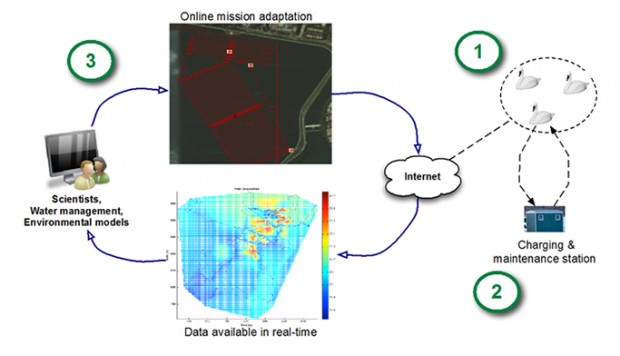 According to Channel News Asia, NUSwan can monitor a body of water’s pH levels, amount of dissolved oxygen, turbidity and chlorophyll, but the robots can be equipped with a variety of sensors. The researchers say NUSwan robots are much cheaper and faster at collecting data compared to manual sampling or even underwater autonomous vehicles. 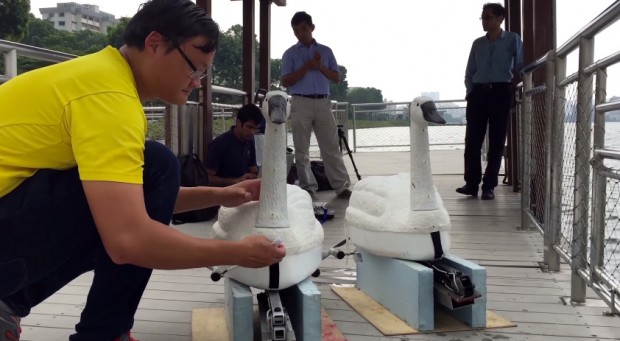 The robots can be remotely controlled, but they’re also capable of operating autonomously. They use GPS to figure out the areas they’ve covered, making them highly efficient. They can also automatically return to their charging stations to recharge.

One particular application of NUSwan’s real time data collection could be alerting authorities about algae population. Algal blooms, or the rapid increase in algae, could be devastating to other aquatic organisms. Last February an estimated 600 tons of fish died as a result of an algal bloom along Johor Strait near Singapore. Check out Channel News Asia’s report or the NUSwan page for more about the project.