The PS4’s touchpad makes it easier to use the console’s virtual keyboard, but nothing beats the real deal, like Nyko’s new Type Pad for the current gen PlayStation. 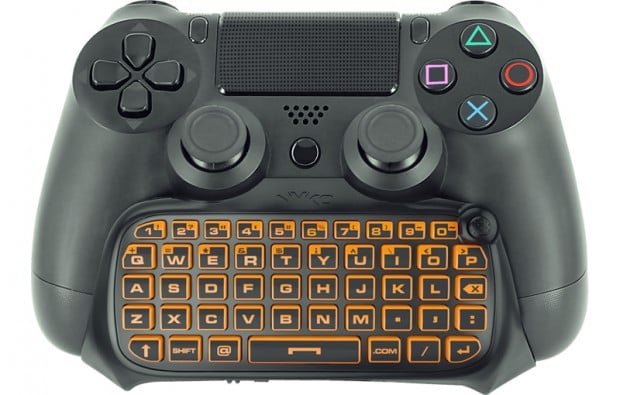 This isn’t the first mini keyboard that fits into the DualShock 4, but it is the first one to have dedicated @ and .com keys. It’s also the only one I’ve seen so far to have an analog nub, though to be fair the nub’s only function is to let you switch between text fields faster.

You can pre-order the Type Pad directly from Nyko or from Amazon for $35 (USD). By the way, if you’re looking for a media remote control for the PS4, keep an eye out for PDP’s officially licensed remote that’s coming out this October. Meanwhile I’m still waiting for L2 and R2 buttons for my gen 1 Vita.