Tesla’s Robot Snake Charger: Why Did It Have to Be Snakes?

Check out Tesla’s prototype for an articulating metal snake that can charge a car. Basically it slowly bends down, finds the port and stabs into it as it injecting the car with alien parasites and venom, like an alien snake bite. It looks very creepy. 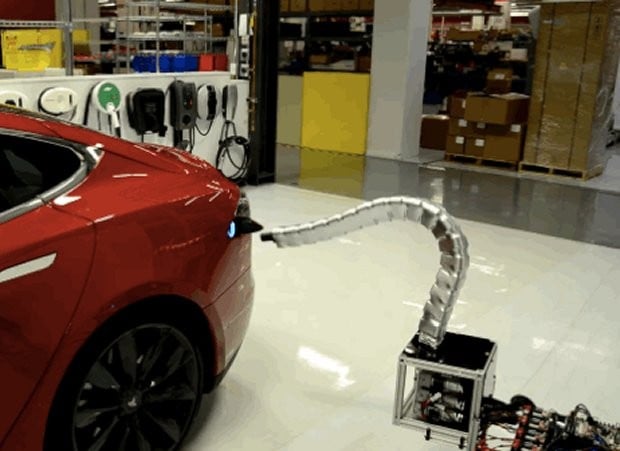 I’m sure it’s harmless. At least until it mistakes a human eyeball for a charging port and stabs into their skull, zapping them with electricity. remember, I called it here first. We are so screwed. And yet they continue to make robots.

It’s the tentacle bots you have to look out for most.