DIY Speeder Bike Rocker: Back and Forth of the Jedi

The last time we featured Instructables Tez_Gelmir was for the portable LEGO building station he made for his son. This time it’s for a kickass speeder bike rocker that he made for his 1-year old daughter. 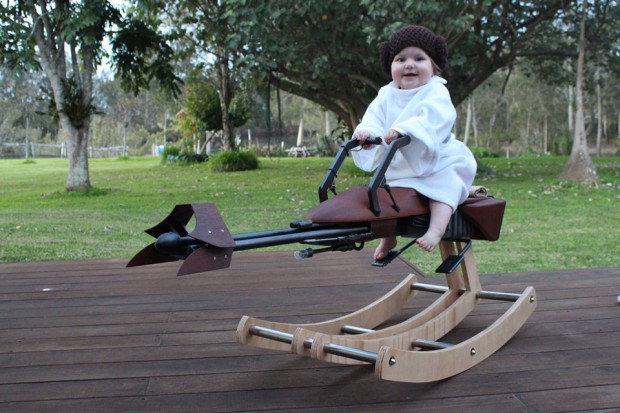 Tez_Gelmir made the rocking speeder bike out of plwyood, steel tubing and a variety of 3D printed parts, including the hull. He also installed a used DC motor to make the rocker’s power turbine spin, and added an LED and sound effects to the  blaster.

Safety is the point of this ride. Hover to Instructables for Tez_Gelmir’s build log.