We now have a wascally wabbit or Labbit as this Deadpool-ified beast is called. Kidrobot’s Deadpool Labbit wears a red and black unitard, and a totes Gatling shotgun in its mouth. 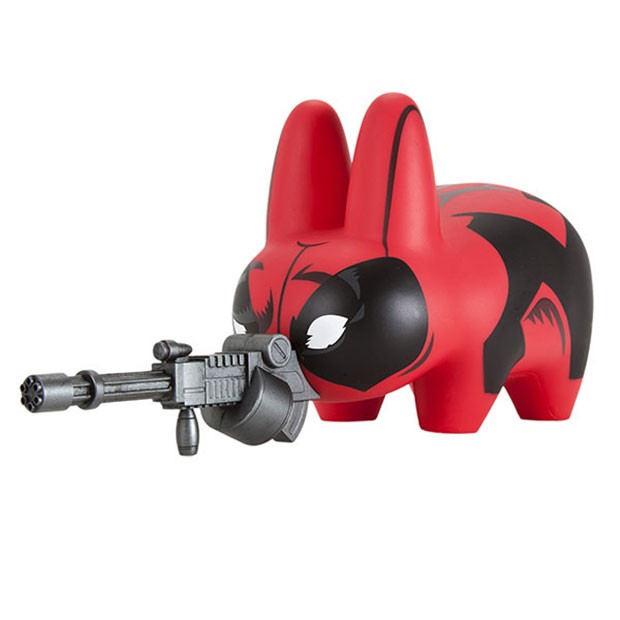 Why in its mouth? Duh! Rabbits don’t have arms. It also has what appears to be a shotgun shell stuffed in its labbit bum. You can get your own Deadpool Labbit for $49.99 at ThinkGeek. 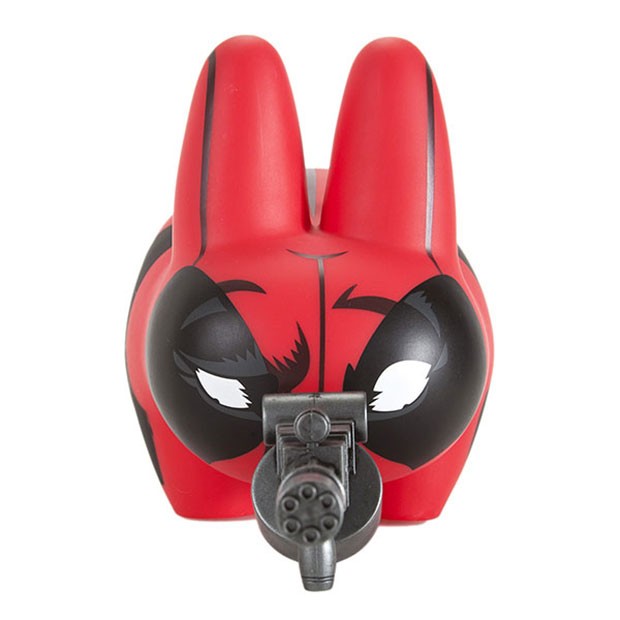 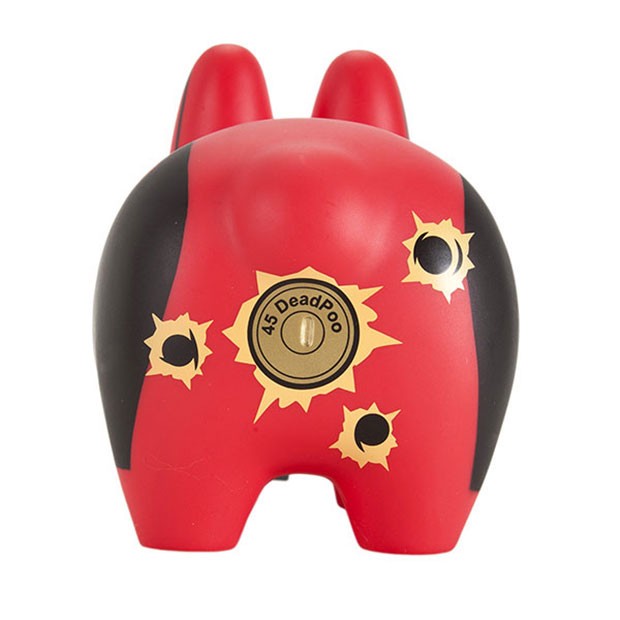 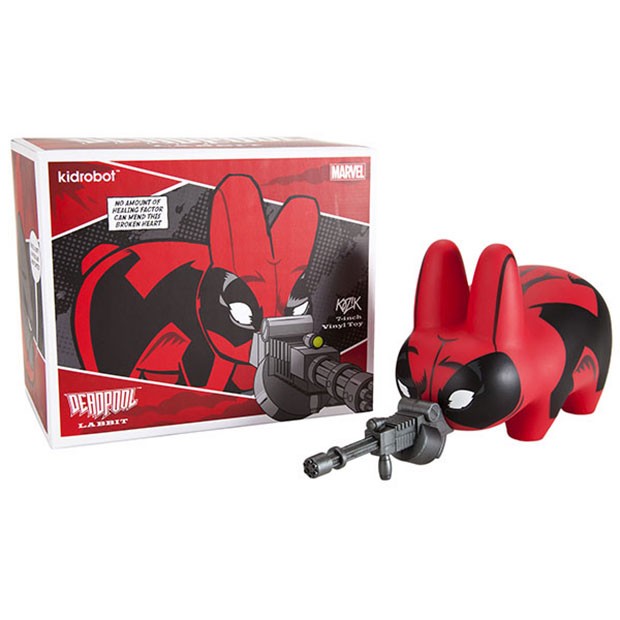