When Daniel d’Entremont aka Mod Purist saw the FreezerBoy Game Boy fridge magnets, he asked himself the classic Maker’s Question: Why not? So he turned a mini fridge into a functioning Nintendo Game Boy. 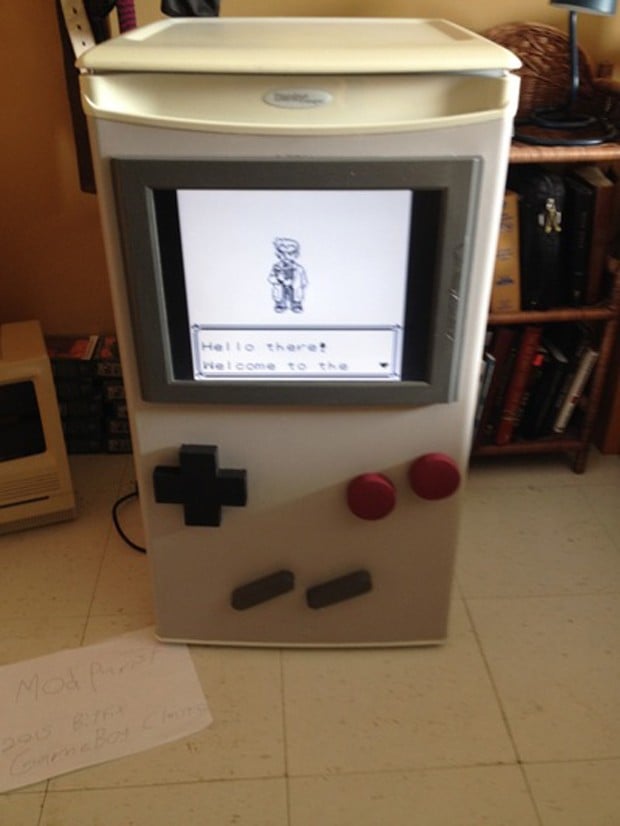 Daniel’s Cold Boy is powered by a Raspberry Pi 2 running RetroPie, which means that it can emulate other old consoles as well. He made the buttons out of wood and connected them to a USB keyboard using tactile switches. The screen he used is just an old computer monitor. And yes, the fridge itself still works.

I find it funny that the mod would be easier to use if it was on a bigger fridge. Send Daniel a message through his blog if you’re interested in ordering a Cold Boy. Check out his build log on Bit Fix for more info.