The railgun is one of the most popular sci-fi weapons, perhaps eclipsed only by the lightsaber and anything with lasers on it. Part of its appeal is that it’s based on real physics. It could exist, and it does exist! Though naturally its fictional counterparts are absurdly efficient, compact and destructive. That being said, Redditor NSA_Listbot deserves a ton of karma for making a self-contained pneumatically-assisted railgun. 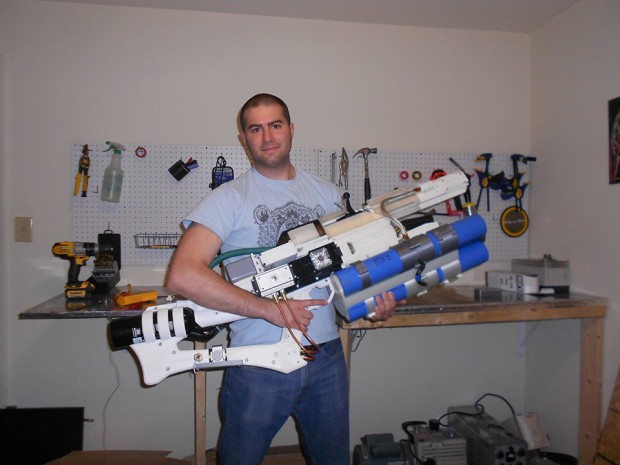 In very simple terms, a railgun has three main parts: a pair of parallel metal rails, a power supply that can deliver a high current and a highly conductive projectile. The rails on NSA_Listbot’s weapon are made of aluminum on the outside and copper on the inside. 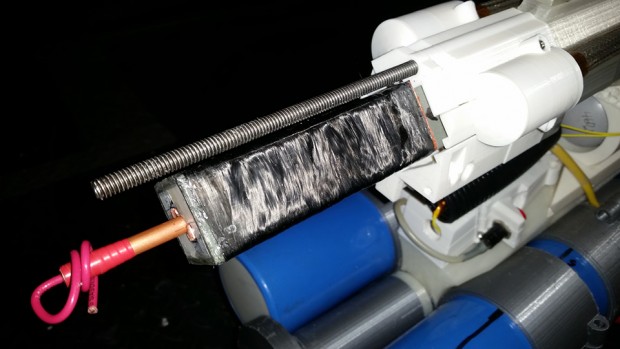 Its power supply is a 12V battery rigged to a micro-inverter, a transformer, a rectifier and six 350V capacitors. 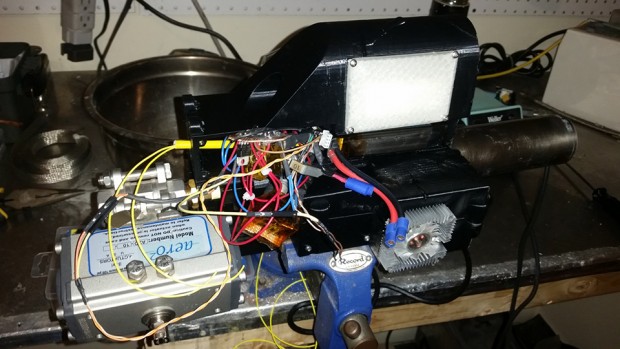 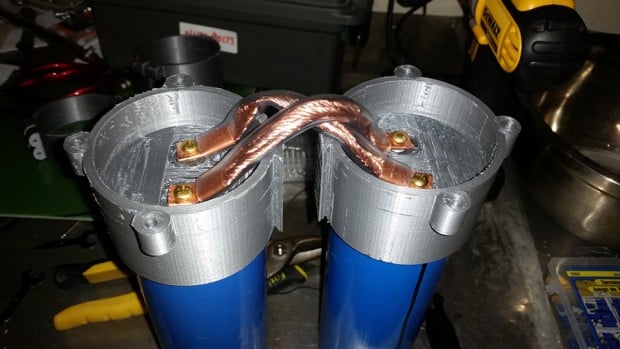 The image below shows some of NSA_Listbot’s projectiles, a pair of copper-plated tungsten pieces. 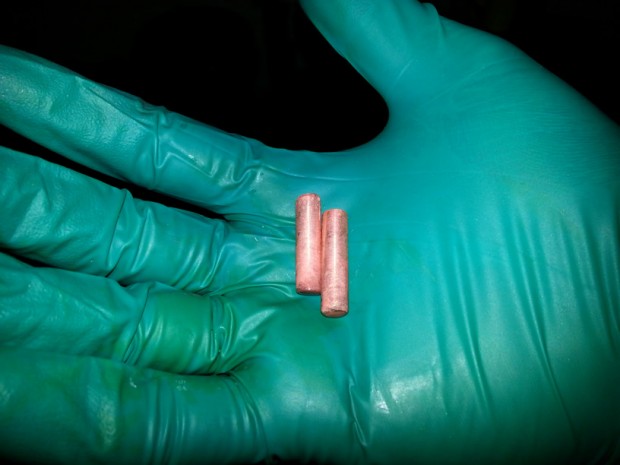 As you’ll see in the gallery below, this isn’t actually a “pure” railgun. NSA_Listbot gives the projectiles a boost with a 900 psi pneumatic system that rockets pellets to a little over 220 mph just as they reach the rails. So it may not be as strong as the Quake railguns, but it’s no mere BB gun either.