Super Mario Maker is famous for its players’ punishing – and sometimes unbeatable – levels, but it’s also become a way for fans to pay homage to non-Mario games. Here’s one such example, an approximation of the first Mega Man game by YouTuber KHace. 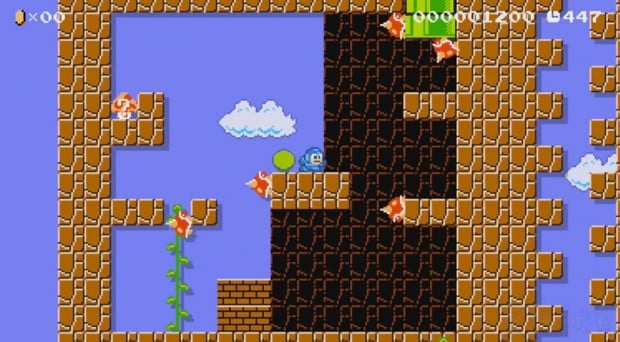 Because of Super Mario Maker‘s limitations – block count, lack of actual Robot Masters – KHace couldn’t perfectly recreate the legendary action platformer. But he did a mighty fine job! The music helps sell the remake – it was performed by RushJet1 – but even if you mute KHace’s playthrough below you’ll still recognize the stages. In case you’re wondering how KHace replaced Mario with Mega Man, it’s because Super Mario Maker lets you swap Mario with other Amiibo characters.

KHace added his levels’ IDs on the video’s description. Capcom Man, let Nintendo Man assimilate you so fans can make their dream game themselves with a Mega Man Maker.