Deadpool Theater Standee Lets You Sit on the D

I am really looking forward to the upcoming Deadpool flick. I like Ryan Reynolds, even though he did make that terrible Green Lantern movie. In the lead up to Deadpool hitting theaters on February 12, a new standee is heading to theaters. 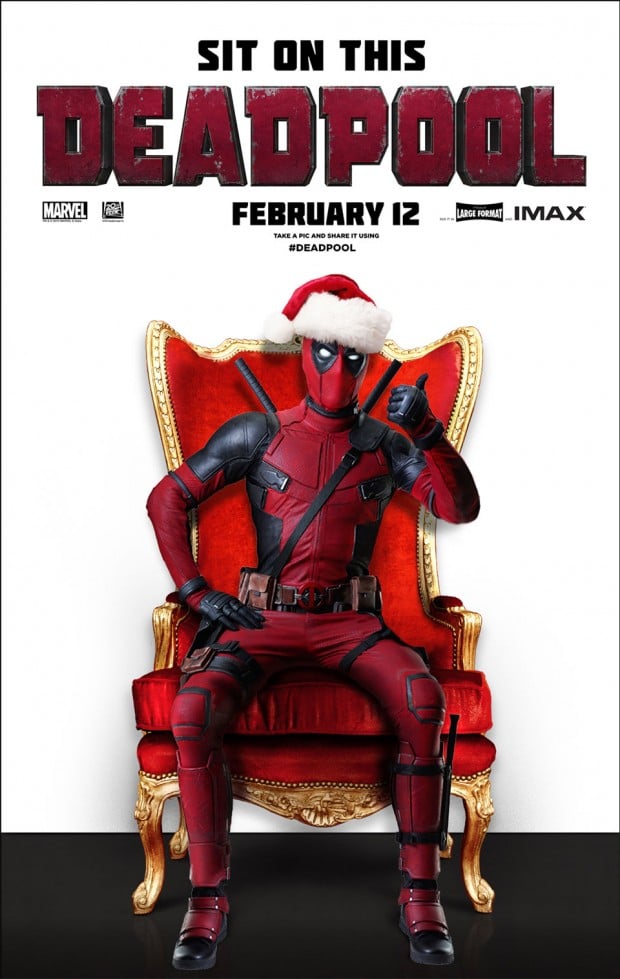 If you aren’t up on your movie theater lingo, a Standee is one of those fancy cardboard cutouts that advertise the film. This one is more than just cardboard though – you can actually sit on Deadpool’s lap. Since he’s wearing a Santa hat, you can ask him for some gifts while you’re at it. 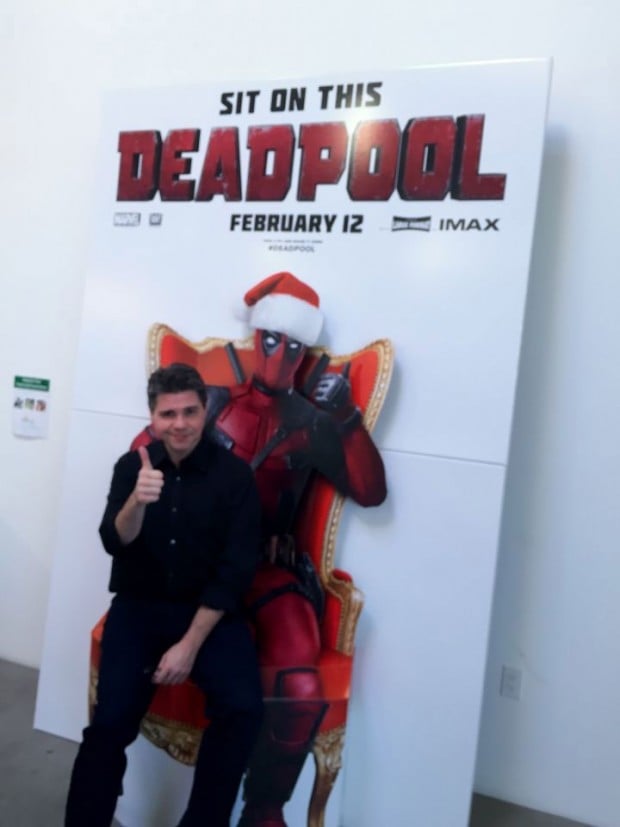 Marvel wants fans to tweet the pics and share them on social media with the #deadpool hashtag.