You can find lots of custom made gaming tables online. This one made by BoardGameGeek forum member Bum Kim is special not so much for what it is than for how it was made. Bum went to great lengths to document his project and is sharing his build log online. 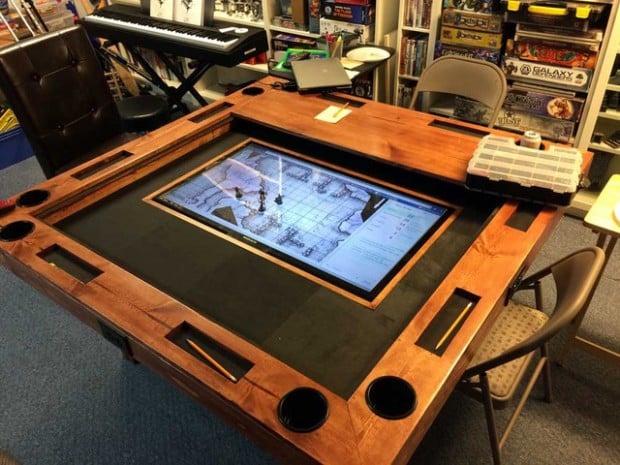 As you can see the table’s main feature is the 40″ HDTV permanently installed in the center, where he projects his Roll20 sessions. Bum got tired of moving his TV on and off his old gaming table, so he made this one. The TV area is hidden under planks. The table also has power outlets and a bottle opener. Instead of making pull out desks for writing, Bum went the simple route and made the table’s borders spacious enough to write on. 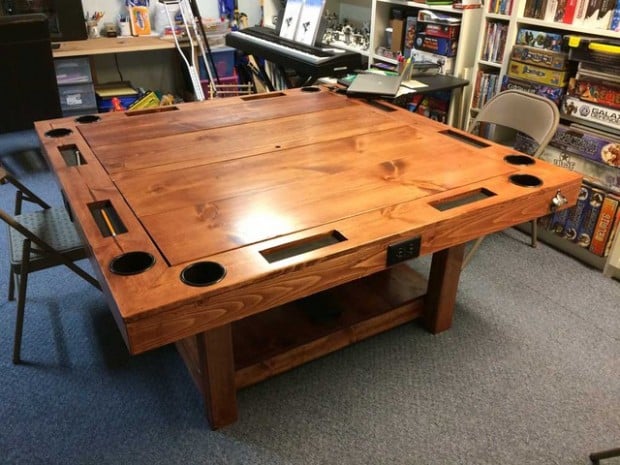 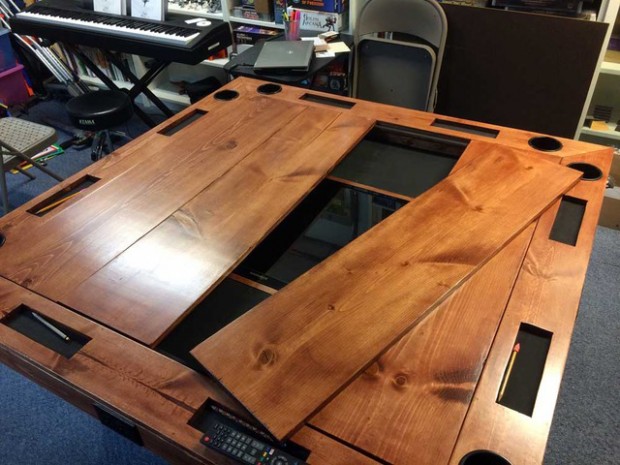 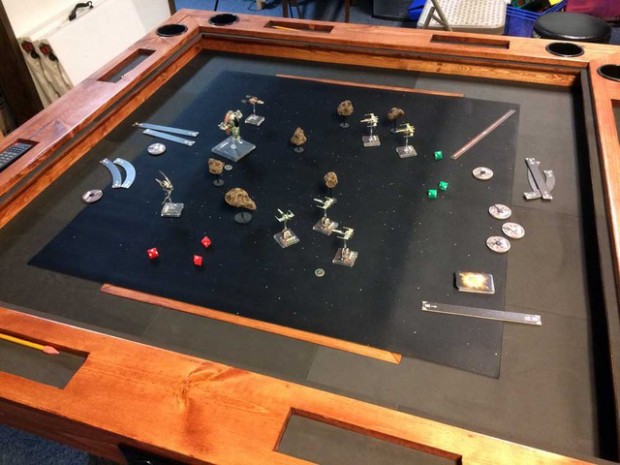 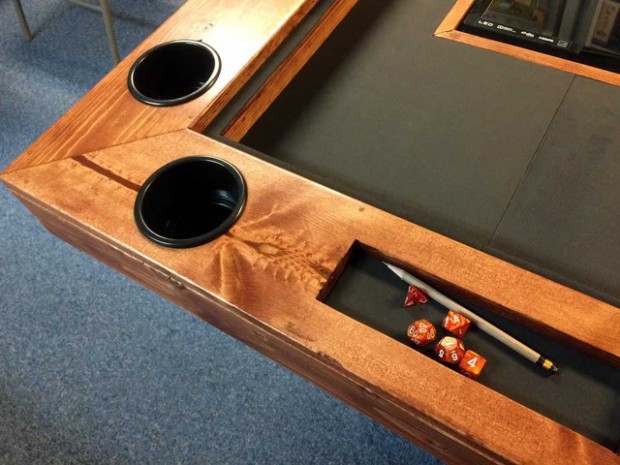 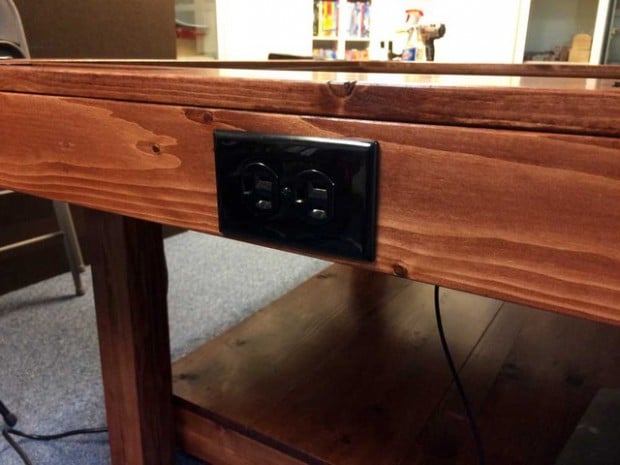 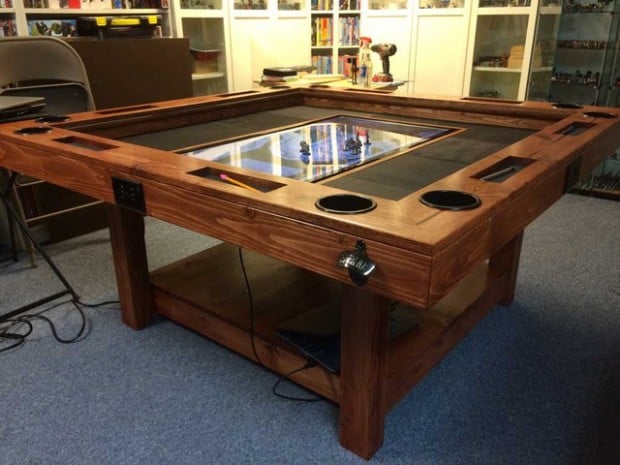 Here’s Bum’s detailed video guide for those who are not as skilled as him at woodworking:

Bum spent around $250 (USD) on the materials (not including the TV), but you can get it down to $150 by removing optional parts such as the outlets. Check out his thread on BoardGameGeek for his parts list and plans.