Earlier this year, BigBoysToys launched its Street Fighter The New Challenger line with a kick ass Ryu figure. The toy maker has stayed busy and has since released a Ken figure and a Chun-li figure. Like Ryu, both collectibles have light up effects integrated into their respective diorama stands. 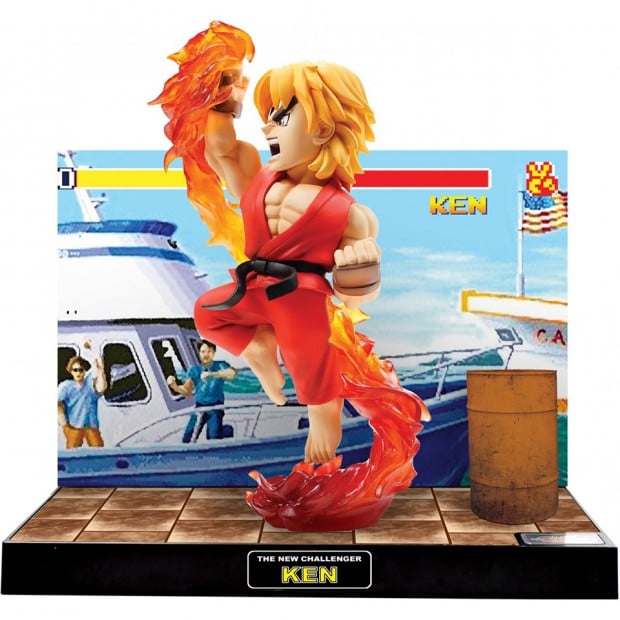 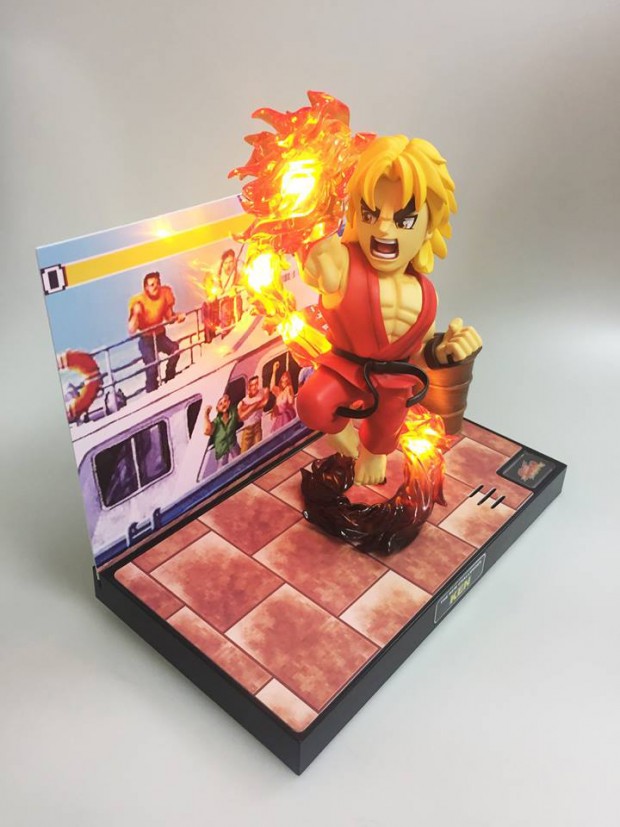 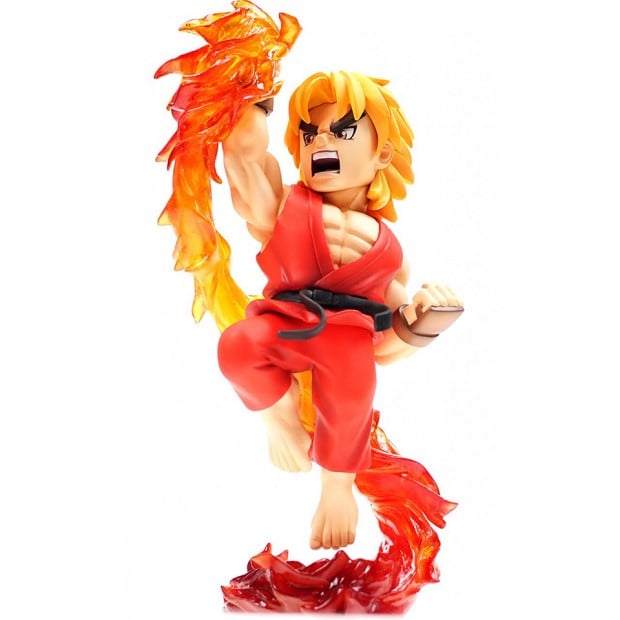 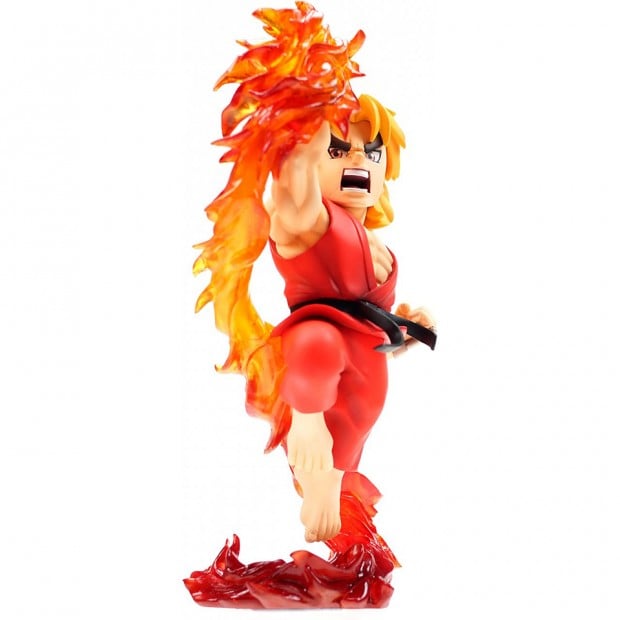 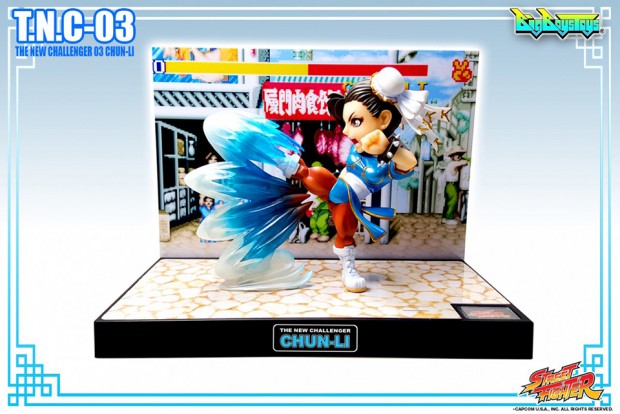 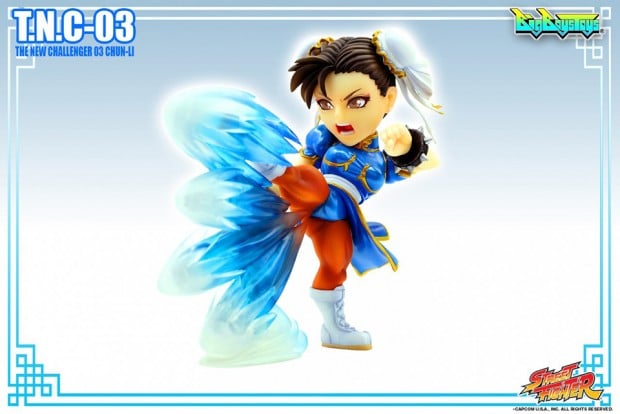 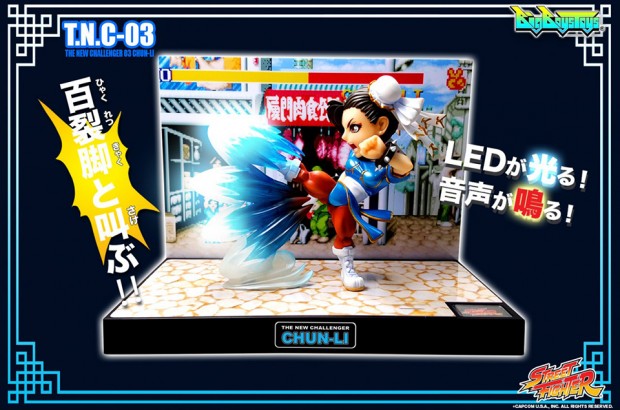 You can pre-order both figures from Play–Asia for $90 (USD) each or as a bundle for only $160. BigBoyToys said that the The New Challenger line will eventually have 12 classic Street Fighter characters “plus some secret challengers”, as well as larger stands that can fit two characters. I think it would be awesome if they made a model of the car from the bonus stage too.