It may no longer be the cheapest chip on the block, but Next Thing Co.’s C.H.I.P. is still a pretty good computer. But in this case, it’s been used for a very bad mod. Next Thing Co.’s software and hardware developer Andrew Langley used it to extend a Teddy Ruxpin’s speech feature, allowing it to say anything you want. Like, “Hi kids! I’ll eat you as soon as you fall asleep”, or “Trump for President.” 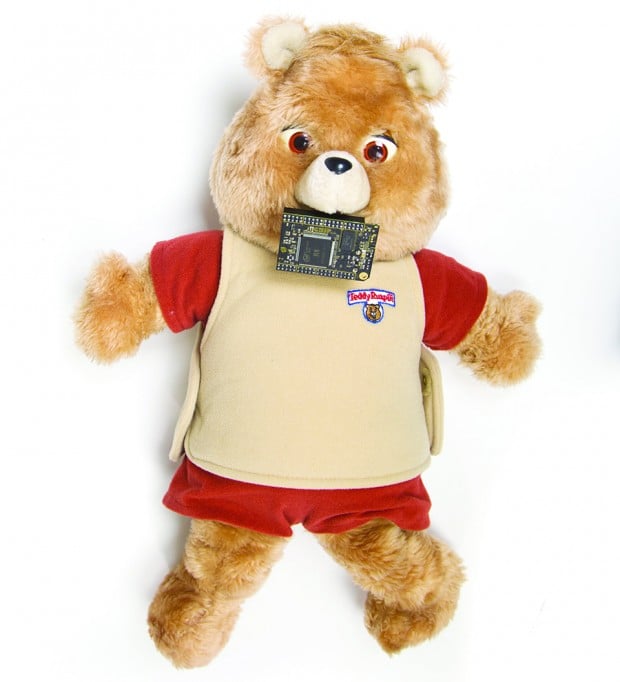 Put simply, Andrew used C.H.I.P. to take over the speaker as well as the jaw and eye motors of a used Teddy Ruxpin. He then wrote a Python program that sets up a local web page where you can type text or search for and copy a tweet via your Twitter account. A free text-to-speech synthesizer called eSpeak then turns the text into a WAV file. 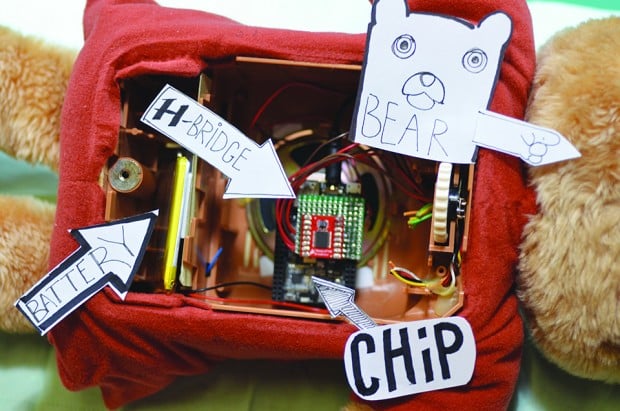 Aside from playing the resulting WAV file on the stuffed toy’s speaker, Andrew’s program analyzes the WAV file to time the jaws’ movement: “If the audio level is loud, the motors in the jaw will activate, opening the bear’s mouth. If it’s quiet, it will close. Mouth synchronization makes it magical.” Here’s the result:

Head to Make: or Hackster to read Andrew’s instructions. Happy Halloween in advance.