Only in the 1970s could you find such a fruity stereo. Wait. Bananas are a fruit right? Or are they an herb? I have no idea now. I just know that this stereo is bananas. 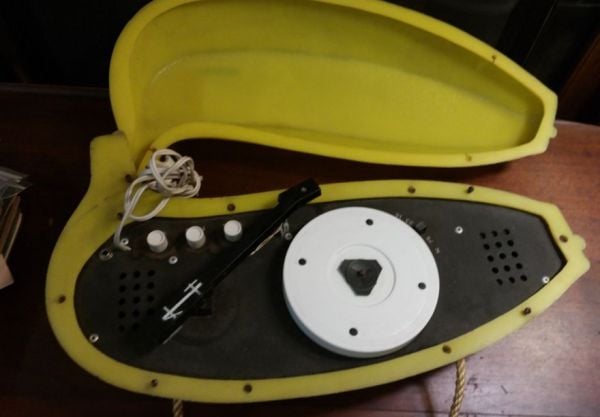 This portable record player is shaped like a banana and what is even more bananas is that it could be played in any position. Even upside down. And look at the pic. Look how portable and easy to carry this thing was. That was some serious technological innovation. 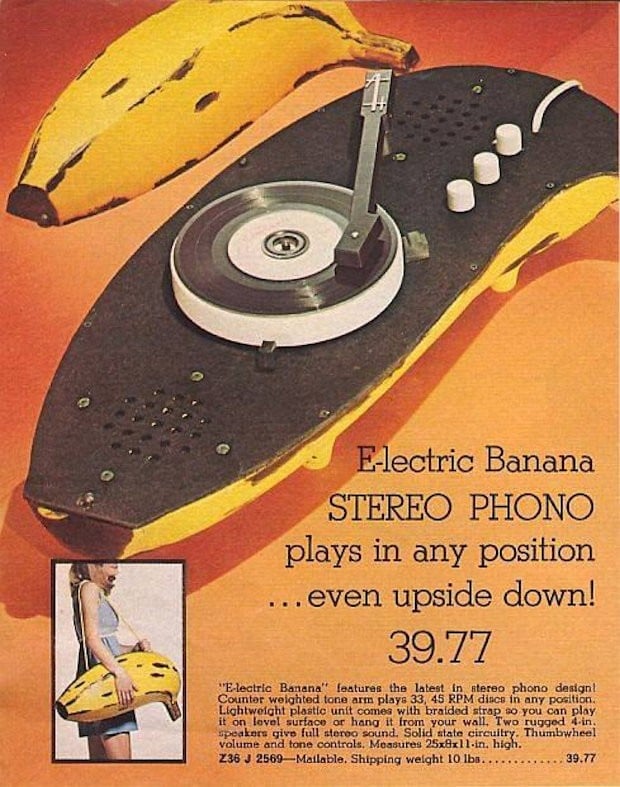 It was apparently inspired by Andy Warhol’s banana painting that served as an album cover for the rock band Velvet Underground. Crazy. Sadly, this vintage record player was recently sold on Etsy, so you can’t have it.

[via Dangerous Minds via Neatorama]