3D printing store 3D Printing Solutions recently showcased the strength of polycarbonate filament by making a scissor jack purely out of the plastic. They then used the jack to lift a pair of steel-reinforced concrete pieces that weighed a total of 529lb. 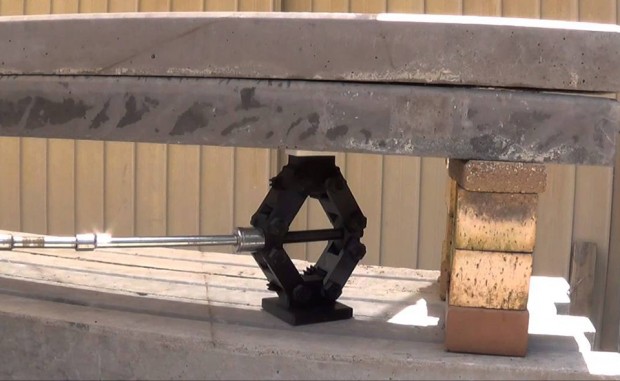 The store used Polymaker’s PC-Plus filament to print the jack’s components as well as a T-bar.

As Hypertext said, the test would’ve been more definitive had the jack been placed in the middle of the sleepers. It doesn’t help that the video doesn’t show what’s on the other end of the sleepers. Still, it’s an impressive feat, and I certainly never thought a 3D printed object could be that strong.