The kids in our old neighborhood were always having NERF wars. I decided to arm my son up right and bought one of those giant battery powered NERF guns that could sling multiple darts per second. He dominated the block. Kids now have a new dart war weapon called the Hauck NERF Battle Racer and it’s very cool. 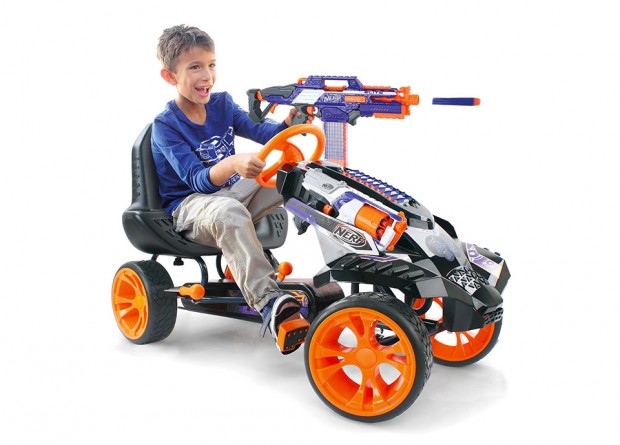 It’s a combination of ride on toy and dart gun holder that looks like a blast. The car has pedals for motivation, a skid out lever, and a dart-slinging gun mount on the hood. It doesn’t appear that the car itself has any weapons, just places to store the weapons you already own.

The upside is when you run out of darts; you can just run over the competition. Check out the video to see the car in action. Buying one of these for your little warrior will set you back $399 over on Amazon. 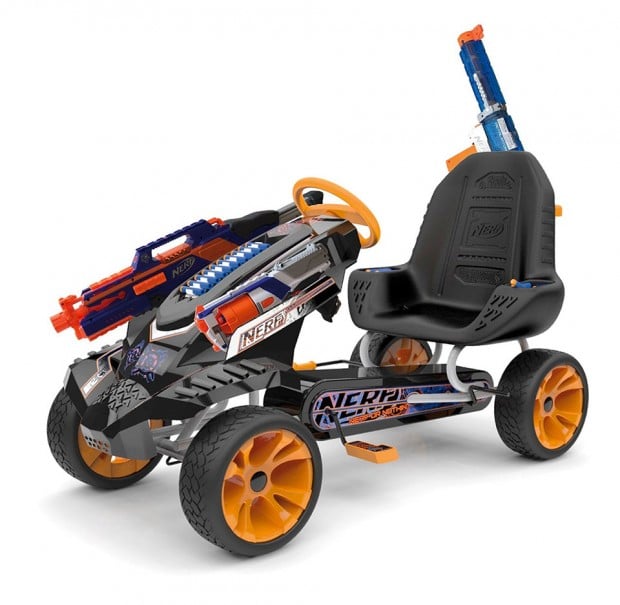 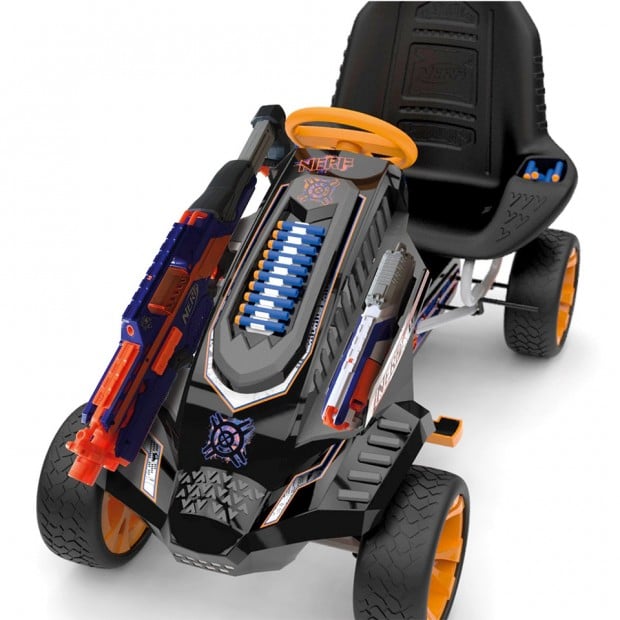 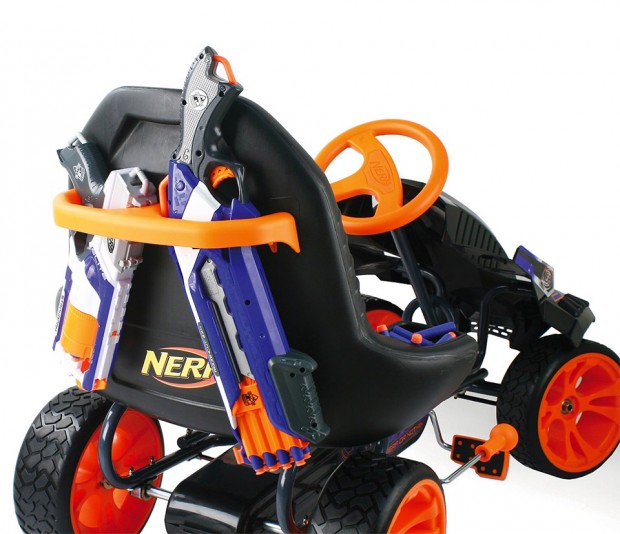