Doctor Who 50th Anniversary Vinyl Record Box Set: Rounder on the Inside

Growing up, I was a big fan of ’80s TV shows like the Dukes of Hazzard, Magnum P.I. and a slew of others. In fact, I had the vinyl album of Mike Post theme songs from a bunch of those shows and jammed that record all the time. Mostly I used it to train myself to arm fart the Magnum P.I. theme.

If you like TV theme songs or happen to be a big Doctor Who fan, ThinkGeek has this exclusive Doctor Who: 50 Years in the Tardis Vinyl Box Set for $79.99(USD). 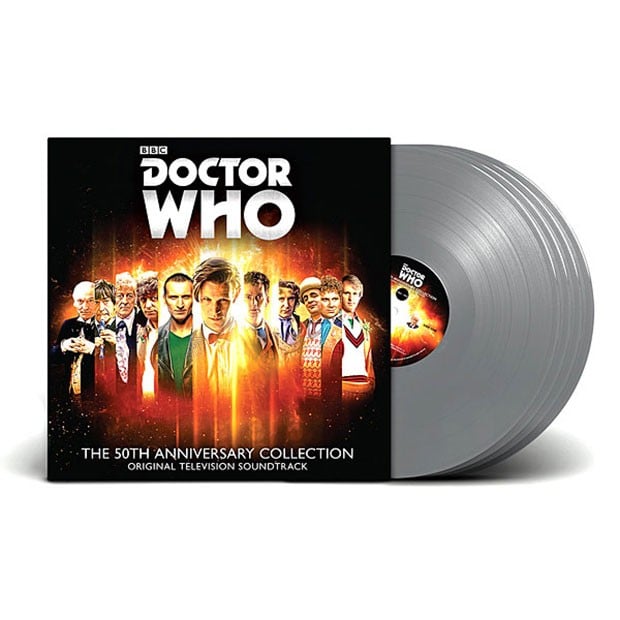 The limited-edition box set has 50 tracks from the series ranging from 1963 to 2013. It has a bonus track that was unreleased previously called This Time There’s Three of Ys from The Day of the Doctor. This special version of the box set has the records pressed on metallic silver vinyl, and includes a 16-page color booklet with liner notes.

If you buy this and train yourself to arm fart the Doctor Who theme, be sure and drop us a link to the video.