This 500,000 brick LEGO Death Star can be found at LEGOLand in Windsor UK. Can you even imagine how much time and effort it took to build? Well, I’ll tell you. It took 15 model makers three months to build it and it weighs about 1,900 pounds. It may not fire lasers to obliterate planets, but if this thing fell on you, the result would be the same. So it is deadly. 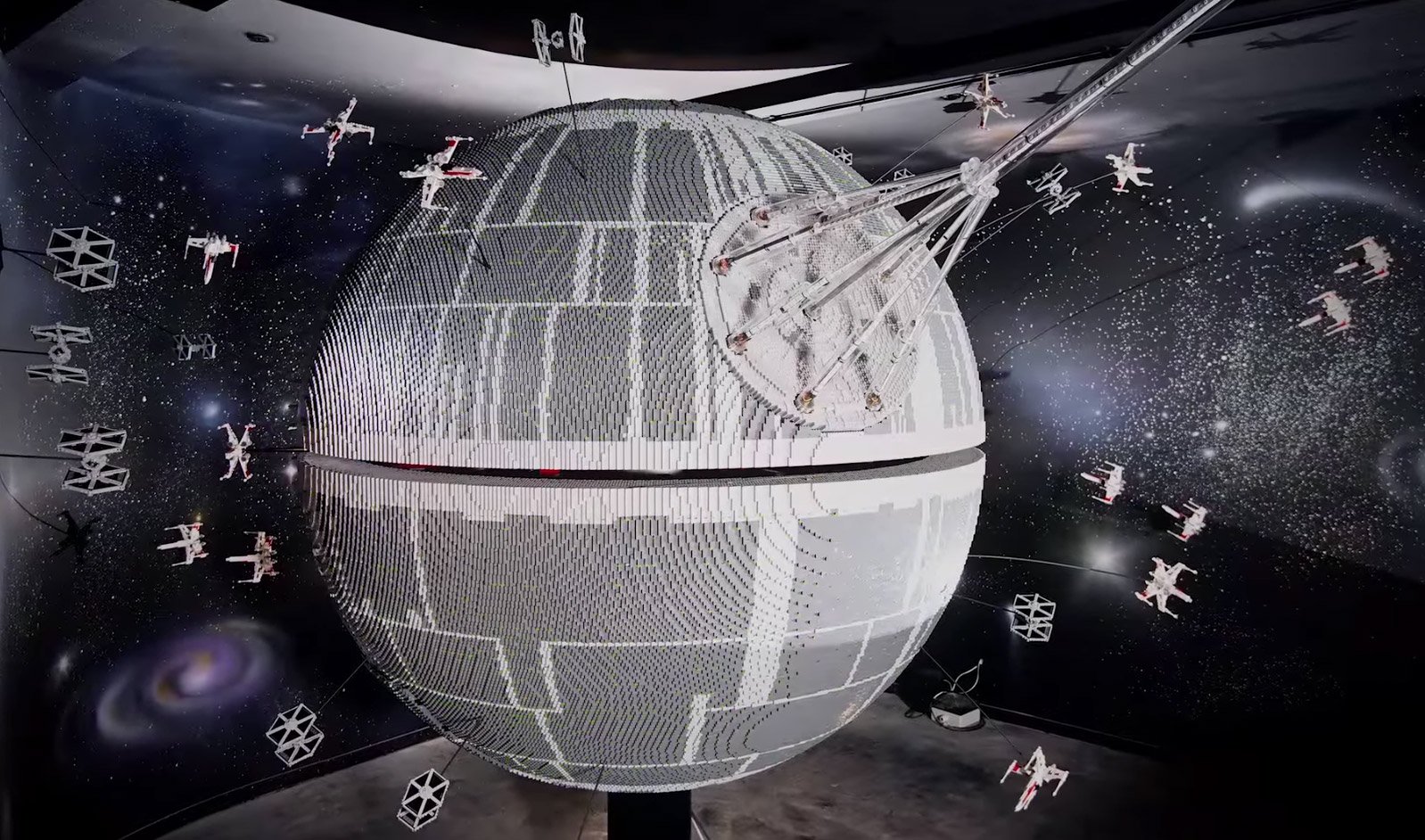 It will be part of the “finale” for the Star Wars Miniland Model Display, which also features X-Wings and TIE fighters in battle. If you find yourself there as a guest, you will even be able to trigger special sound and light effects, which is pretty cool.

You can see it in LEGOLand Windsor when the exhibit opens on March 11. The video is a time-lapse video of the build. The rest of the model display looks pretty cool too. You can catch some glimpses in the video.