Hackster member Minimum Effective Dose made a pair of helmets that makes it seem like the wearer both speaks and understands droidspeak. Each helmet emits bleeps and bloops as you speak, and you can understand what the wearer is saying only if you have the other helmet on. 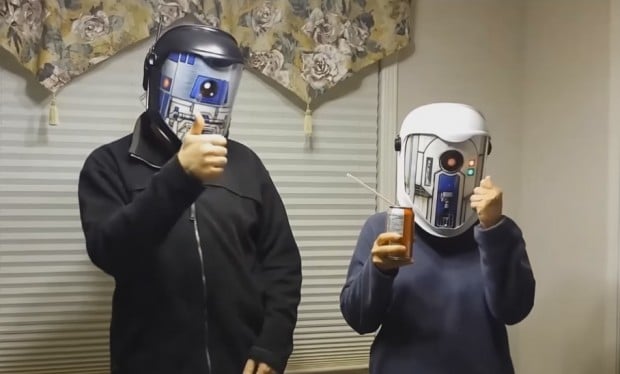 The secret to the helmets is that they don’t translate at all. See, each helmet has a throat microphone and a walkie talkie. When the wearer speaks, a mouth sensor triggers the familiar sound of droidspeak. But that’s just for show. While that’s going on, the wearer’s voice is picked up by the throat mic and sent to the other helmet via the walkie-talkie. This way both wearers hear each other’s voice, while everyone else around them hears only gibberish.

Here’s a demo with the wearer’s voice first obscured by droidspeak and then as heard through the other helmet’s walkie-talkie: