I spent many a summer day watching Bob Ross paint on PBS growing up. He made it look so easy and there were never mistakes, only happy little birds and happy little trees. I always figured Bob was high as a MF when he made his show. 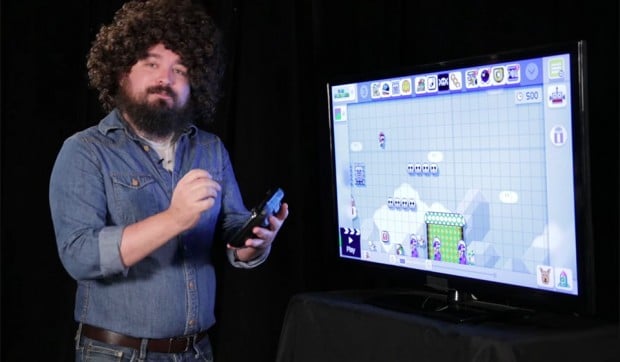 The geeks over at A Dumb Thing dressed a guy up in a giant curly ‘fro wig and set him to painting digitally by building a level in Super Mario Maker, using the Wii U’s controller as his artist’s pallette. It’s awesomely weird, just like the real Joy of Painting show.

This should be a thing with multiple episodes. Fake Bob Ross should teach us all sorts of stuff. I’d totally watch that show.