CharlieMcN33l has two great loves in his life: Star Wars and his Harley. He has even customized special Star Wars helmets for himself. So naturally when he started using his X-Wing pilot helmet, he need a matching flight jacket to go with it. 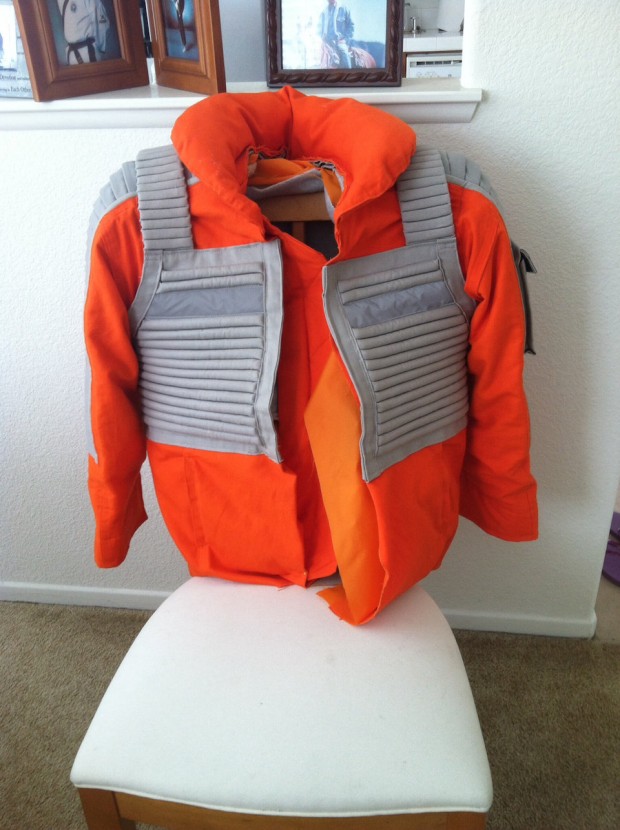 Charlie usually wears a Carhartt Duck Detroit or a MA-1 Bomber when he rides, so he incorporated these into the new jacket, which is 60% X-Wing flight jacket, 30% Carhartt jacket, and 10% MA-1 Bomber jacket. He’s an amateur tailor, so it was probably easier for him to make this than it would be for us. 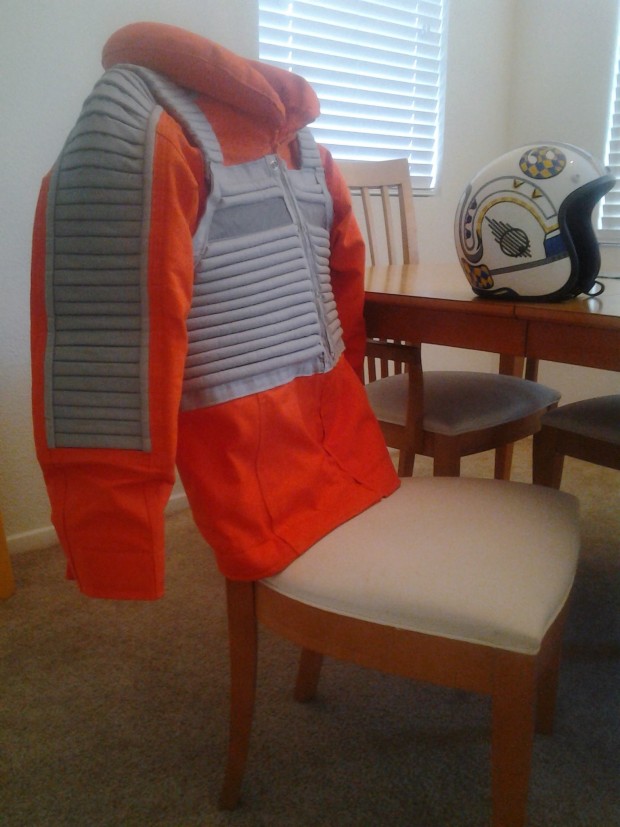 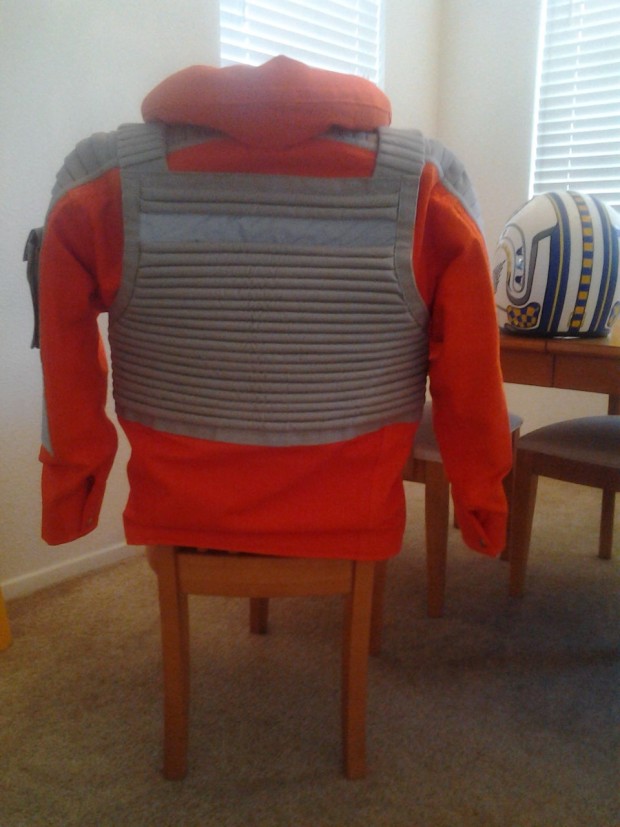 The jacket is based on screenshots of the X-wing pilot jacket that Luke wore in The Empire Strikes Back. Now Charlie just needs an X-Wing inspired motorcycle.