With the arrival of the Oculus Rift and other virtual reality headsets, we’re going to get more and more experiences that fool us visually and aurally. But motion remains unconquered. A company called vMocion claims it got its hands on the technology that will bring the rest of our body to virtual reality. 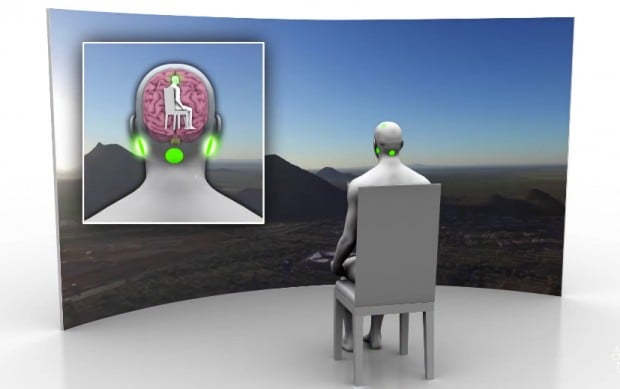 vMocion’s 3v platform is based on the work of the Mayo Clinic’s Aerospace Medicine and Vestibular Research. Developed about 10 years ago, the group’s Galvanic and Vestibular Stimulation or GVS uses electrodes to deliver small amounts of electricity to the inner ears, forehead and the back of the neck. When done in the right sequence, these shocks can fool the brain into thinking that the body is moving.

vMocion claims that the technology can obtain 3D motion data from 2D or 3D videos, and then synchronize the stimulation with what’s being shown onscreen.

vMocion says that the Mayo Clinic’s GVS technology is already being used in medical and aerospace applications, such as to alleviate motion sickness in flight simulators. The company is looking to license that same technology to media and entertainment companies, particularly those that specialize in augmented or virtual reality. We might need seatbelts for our couches soon.