One of the many cool things Marvel has revealed in its trailers for Captain America: Civil War is Tony Stark’s new Iron Man glove, which he pulls out of his watch just in time to stop a pistol round that the Winter Soldier shot at him. Artist Travis Polad made a wearable replica of the glove using LEGO. 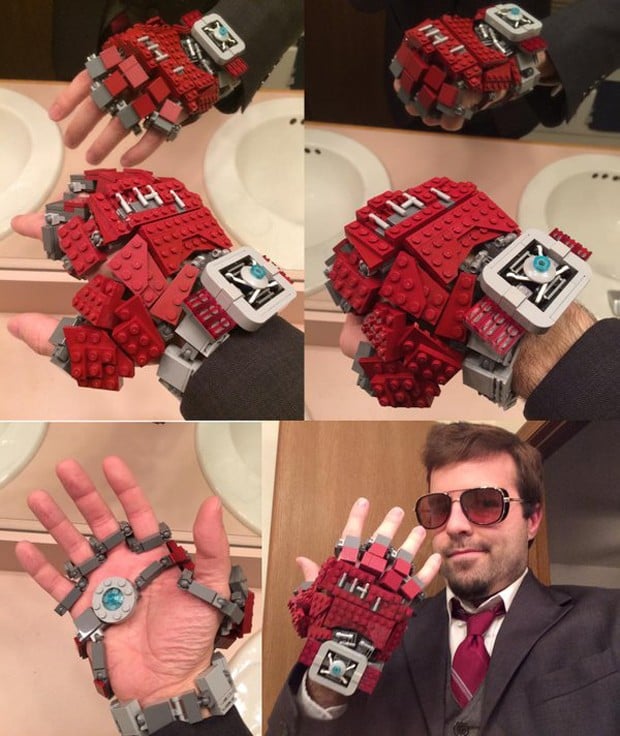 The #LEGO #IronMan glove from #CaptainAmericaCivilWar is done!Now if only I could use LEGO to fix my hair like Tonys pic.twitter.com/ZtLIW3NnCG

Hopefully Travis makes a guide for his MOC now that it’s blowing up online.