Well, it looks like the creatures of the sea aren’t safe from robots taking their jobs either. Researchers in Italy are constructing a multi-armed soft robot that functions both in and out of water. That way we landlubbers can be creeped out by it too. 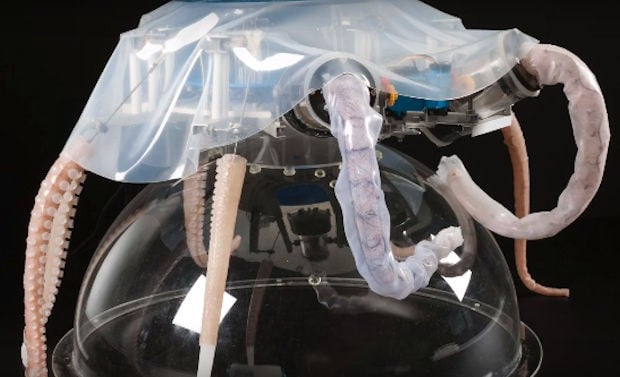 This robot uses the concepts of embodied intelligence and biomimicry to do its thing. Its thing is to act just like a creepy cephalopod. Despite being surprisingly intelligent, an Octopus’s movements don’t rely heavily on their brains. Instead, environmental stimuli to its body and tentacles appear to directly drive its movement strategy. So this animal is a great model for their relatively simple robotic design.

It’s too bad we can’t count on Aquaman to rid our seas of mutant robots like this.

[via IEEE Spectrum via Laughing Squid]