My daughter is a serious Minecraft fiend. Though she doesn’t play a standard game of Minecraft, if there is such a thing. She spawns a new world, hikes until she finds a mountain, mines a giant hole with high walls nothing can climb and then spawns enough horses and wolves to fill the pit. Then she builds her blocky house and each time one of those horses or wolves gets out of line with some bullshit like blocking doors or not standing still so she can put a lead on them and go walking, she beats them to death with a carrot. It’s always a carrot, never a sword or axe, because she is savage AF. 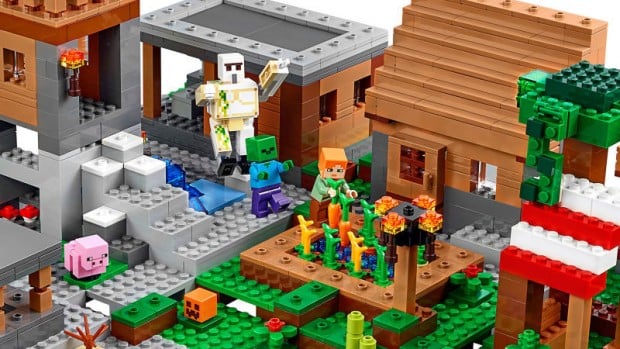 I’ve bought her some LEGO Minecraft stuff before, and all she used were the carrots to play with her plastic horses. If I dropped $200 on this gigantic LEGO Minecraft Village set due to land this summer, she would probably still only play with the carrots and maybe the pigs. 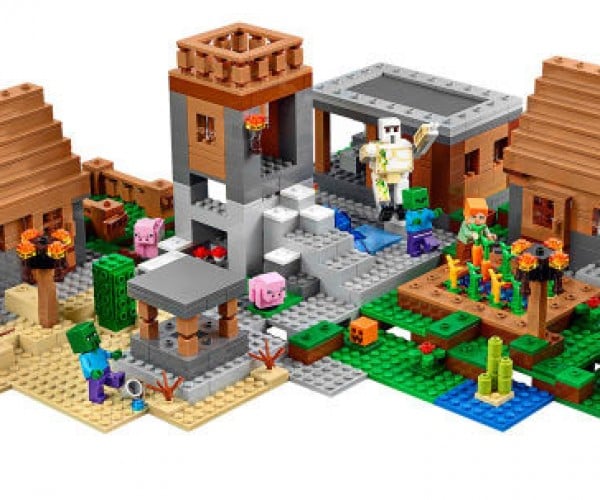 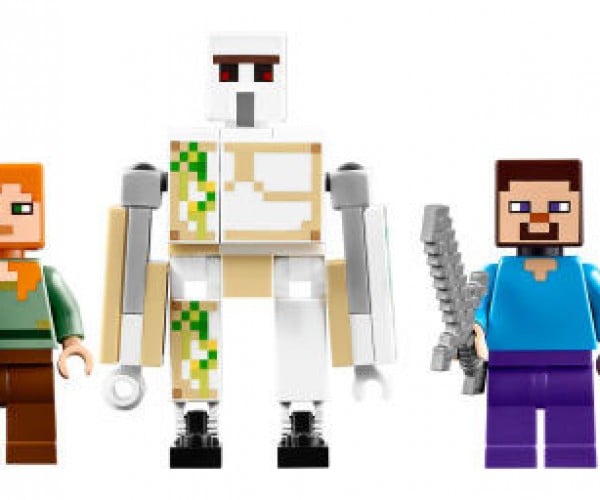 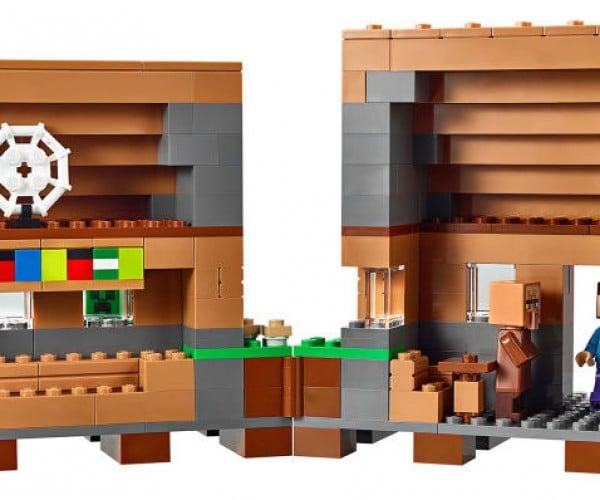 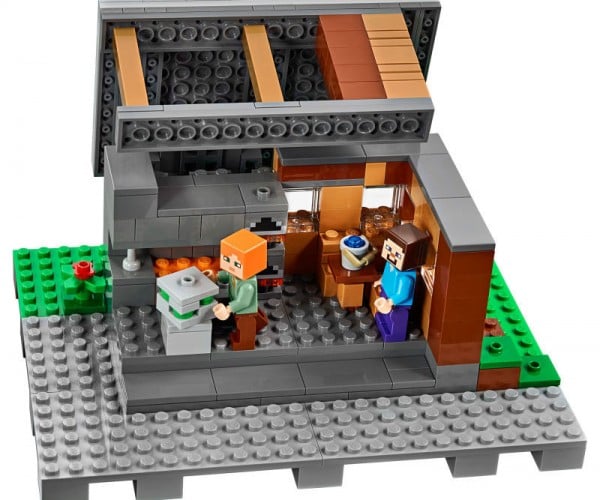 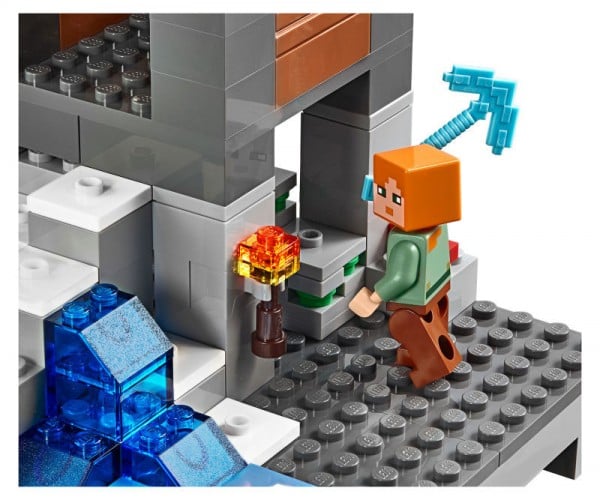 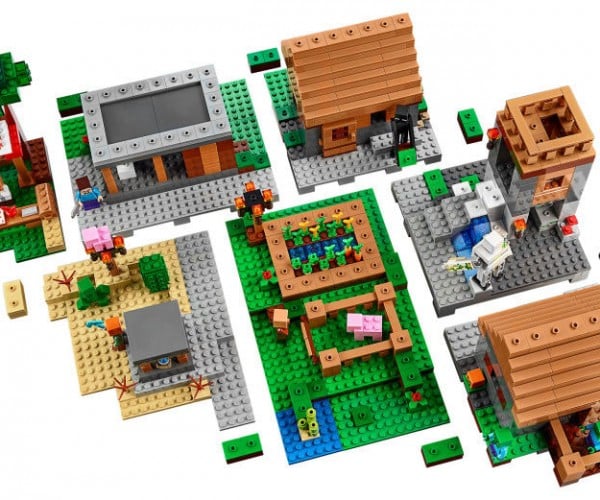 What you get in addition to carrots and pigs are a bunch of minifigs of people and things from the game like Endermans. I’m not even sure what an Enderman is; I’d ask my daughter but she is eating carrots right now. This is the biggest LEGO Minecraft set so far, and apparently the Minecraft sets are the best selling licensed property LEGO has right now. 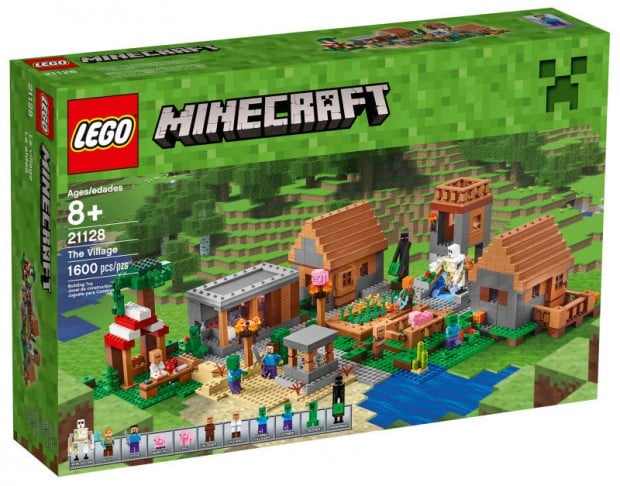