Homemade Hoverbike Is as Fun (and Dangerous) As It Looks

Colin Furze has a long history of creating crazy contraptions and doing crazy stunts. He may have outdone himself this time with his homemade hoverbike. Yes, it looks fun as hell. It also looks dangerous as hell should something go wrong. He could potentially get cut in half somehow or lose a foot to those blades. Still, it’s totally awesome. 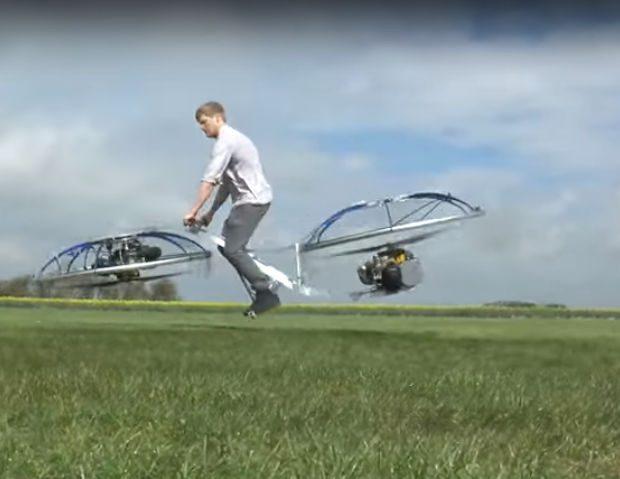 As Colin points out, this hoverbike has no steering, and not even a seat, but that doesn’t bother Colin. He gets on it and he actually flies. It’s somewhat like the speeder bikes from Return of the Jedi, just not as fine tuned. It’s not very fast or maneuverable either, but I would love to ride this thing.

Check out how it was built here.