We’ve seen a couple of handmade chess sets based on Doctor Who. Here’s another one made by Adam Dodge, a Miniland-scale LEGO set that features characters from different seasons. 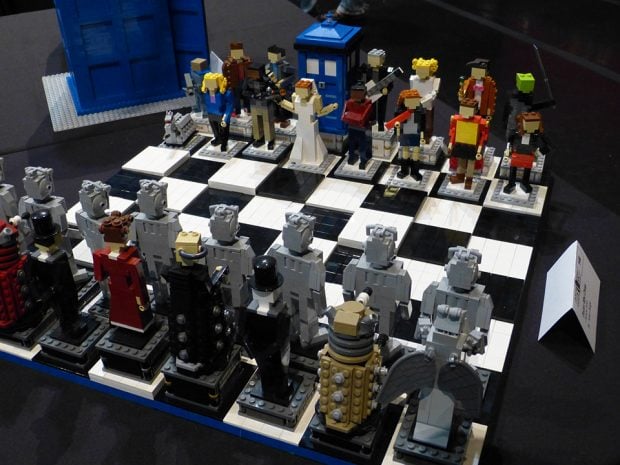 The black pieces are based on the Doctor’s enemies, including Davros and Missy as the king and queen respectively, and Cybermen and Cyberwomen as scary pawns. But the white pieces take the set to another level. Instead of going for a practical and symmetrical system, Adam chose to make each piece unique, especially the pawns, which feature the Doctor’s different companions such as K-9, Amy Pond and Clara Oswald. 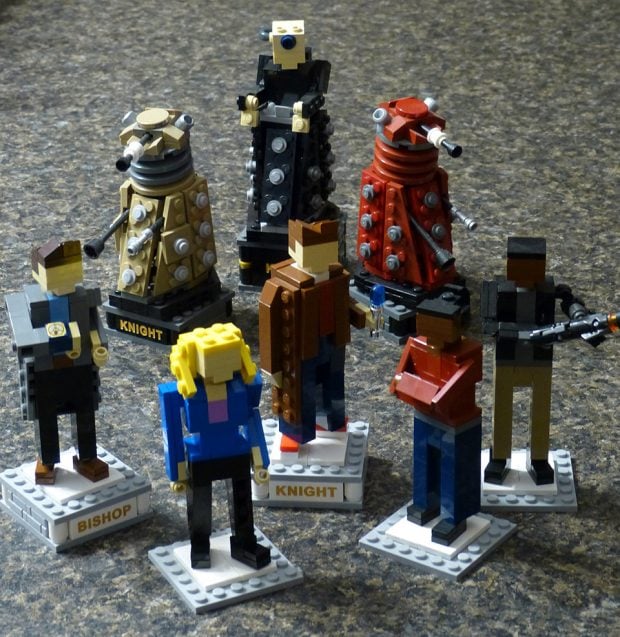 The chess set won Best Likeness at the 2016 BrickCan convention. Check out Adam’s Flickr page for more shots of the pieces.