James Young, a man from the UK was in a freak accident with a train a few years back that led to him losing his left arm and leg. James was an avid video game player and he happened on an ad from game firm Konami looking for an amputee to try out a slick new prosthetic arm. James volunteered and was fitted with an very special arm inspired by the one Snake uses in the video game Metal Gear Solid. 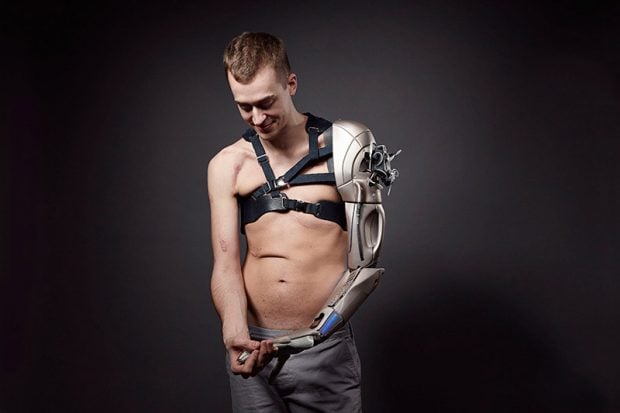 The carbon fiber arm, created by prosthetics artist Sophie De Oliveira Barata and a team of engineers, has laser light effects, a flashlight, USB charger, integrated watch, and even has a tiny drone that can launch from the shoulder. The arm is controlled by sensors that detect the muscular movements of James’ shoulder, and send control impulses to the arm and a 3D printed hand. 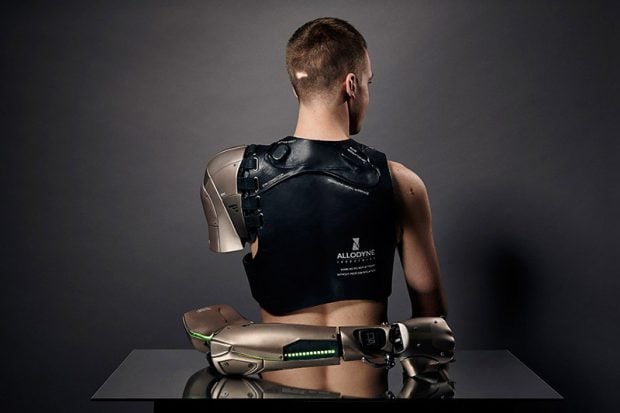 That hand is said to be so dexterous that it can even pick up dropped coins. The whole works is powered by a battery stored in the bicep, and is held onto his body by a harness system. 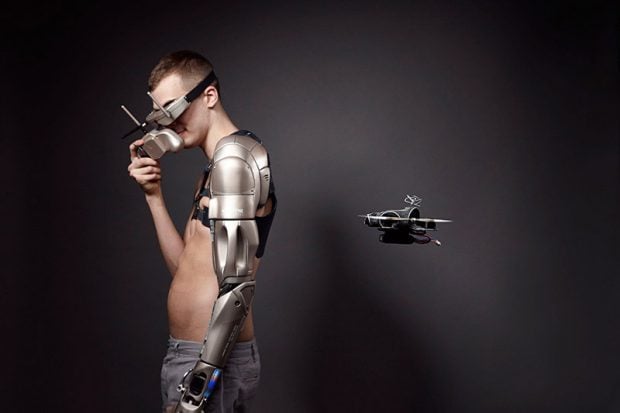 James is back to work full time, and it seems the cool bionic arm helps him perform his job. Losing a limb is a bad thing, but a futuristic prosthetic is a great way to help amputees get back to work and resume a normal life. 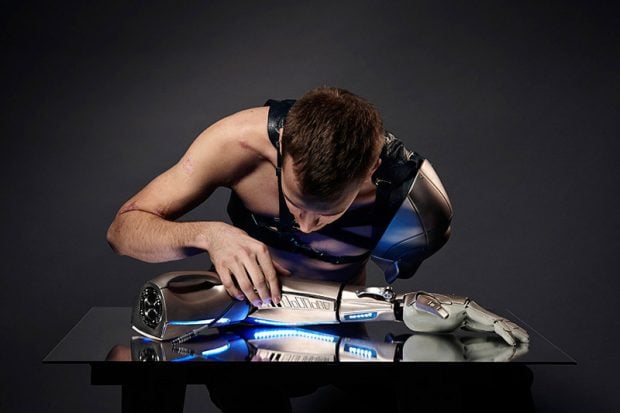 Beyond his high tech prosthetic, James is currently interested in a modern surgical procedure called direct skeletal fixation, which would allow for a titanium implant to be directly fitted to the bone, and do away with the need for the harness and the discomfort associated with wearing them. If you’re interested in supporting James’ efforts, you can contribute on his GoFundMe page. 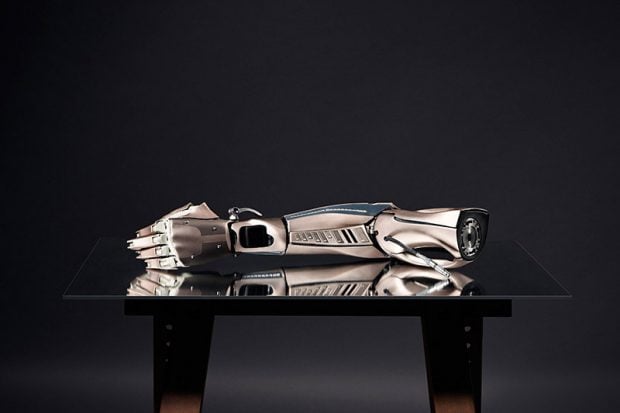 [The Alternative Limb Project via DailyMail]