Geeky product designer Dave Delisle came up with a really cool idea for Trekkies’ away missions here on Earth. He thought of a tent that would be shaped like a Federation shuttlecraft. 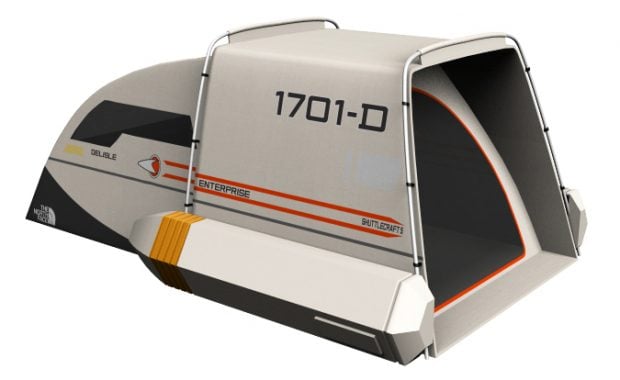 As Dave points out, the tent also doubles as a reference to Star Trek V, which opened with Kirk, Spock and McCoy camping at Yosemite park. Although I doubt fans would want to be reminded that that film exists. 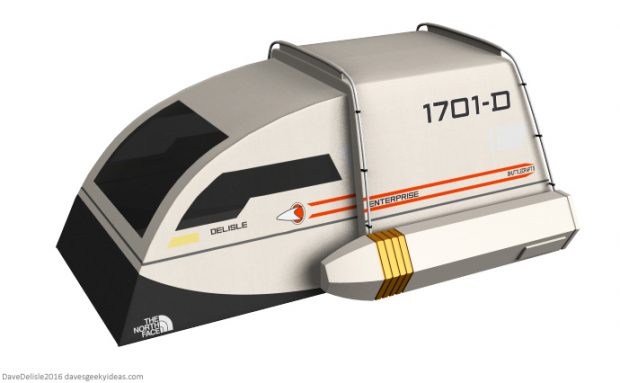 Another cool aspect of Dave’s concept is that the plastic thrusters beside the tent are actually the halves of the tent’s carrying case.

Land on Dave’s website to see more of his concepts.