I am a big fan of the Half-Life franchise and like most fans, I am still pissed that we haven’t seen a new Half-Life game in years. I have lots of memories of playing that game and smashing stuff with my crowbar. I’d wager most all players of the game recall those annoying city scanner drones that would fly up and get in your face in Half-Life 2. 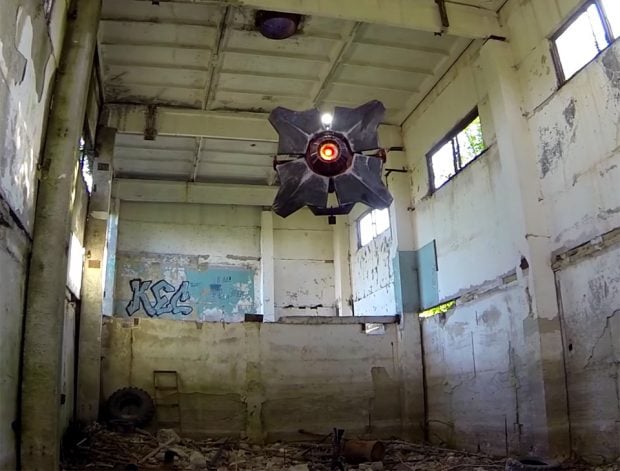 They were easy enough to smash with a crowbar though. A Russian fan named Valplushka has taken it on himself to build a flying city scanner drone and it looks fantastic. Its little front plates even flap and it hovers in the air just like in the game, and even makes all those ominous sounds.

The creepy little drone was built from scratch with a custom carbon fiber frame. Many body components were made from polystyrene foam. This thing is awesome, so don’t beat it with a crowbar.