Captain America Weights: For When You’re out of Serum

If you think about it, the super soldier serum that turned a wimpy little guy into Captain America is really nothing more than a permanent steroid shot (on steroids). You can’t get your own super serum to avoid the gym like Cap did, but you can build your guns the old-fashioned way by hitting the weights. 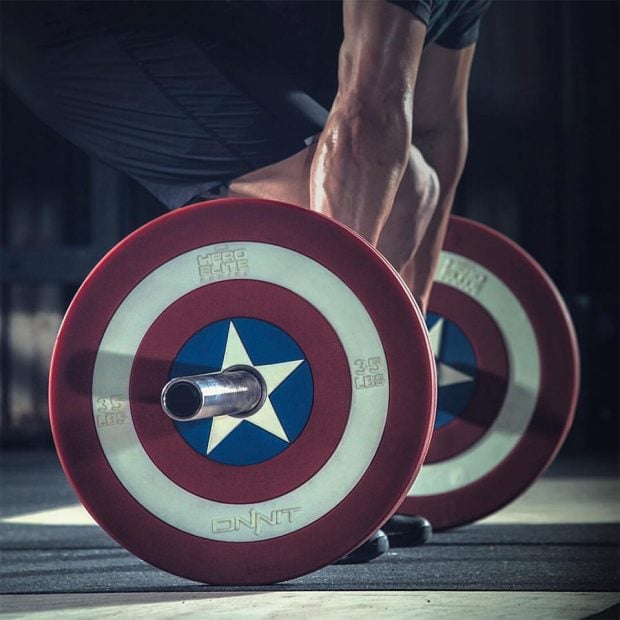 You won’t have to use rusty old plain iron plates either, now that you can get these fancy Captain America weights that look like his shield. The workout gear comes from a health and fitness company called Onnit and is part of  their new “Hero Elite Series.” 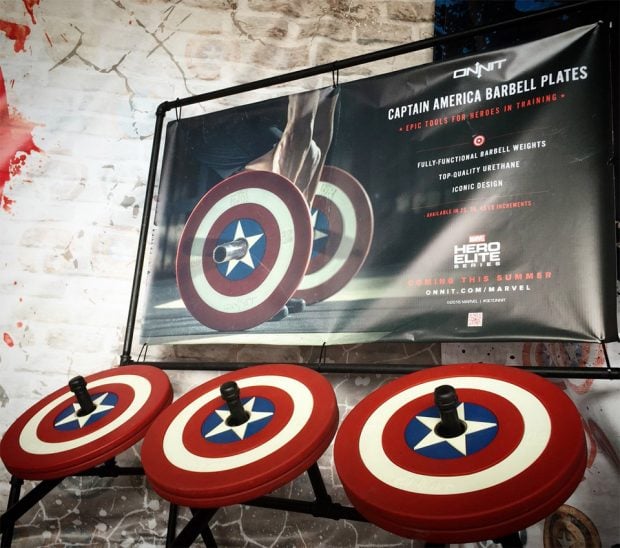 It takes more than a single design to make a series so we can assume other super hero weights are coming. The plates are offered in 25, 35, and 45 pounds. Iron Man is featured on the company website, so we can assume an Arc reactor weight plate is in the works already.