Anyone who has ever held onto the dream of climbing into a personal VTOL aircraft that can take them where they want to go has to be excited at the idea of the EHang 184 automated aircraft that we talked when it showed up at CES 2016. The thing was, that as cool as the single-person autonomous drone sounded, it also seemed a bit farfetched, and a lot of folks figured it was a concept that would never come to fruition. Apparently, that isn’t the case. 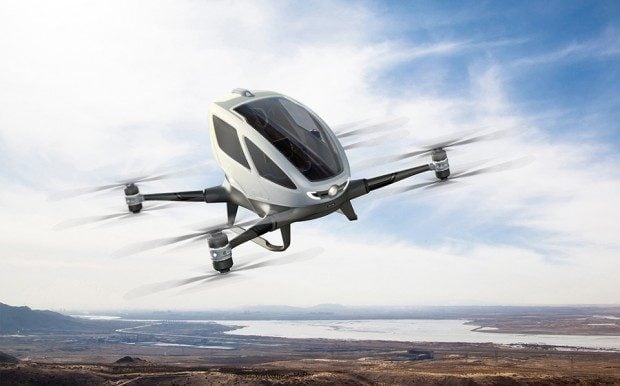 EHang is now working with The Nevada Institute for Autonomous Systems to secure permission to flight test the 184. So far, there isn’t an exact timeframe for testing to begin, and the company still has to settle on a test location. They are looking for a spot with both unrestricted and restricted airspace. The company expects testing to begin later this year and hopes to have a test location chosen in the next month. That said, it sounds like the EHang 184 could soon be more than a pipedream.