Disney’s plans for Star Wars extend much further than just milking the property for all it’s worth in movie theaters. The company is also working on converting parts of Disneyland and Walt Disney World into epic Star Wars-themed lands, and now we have word that it’s testing some of the new characters that are designed to interact with guests. Look sir! Droids! 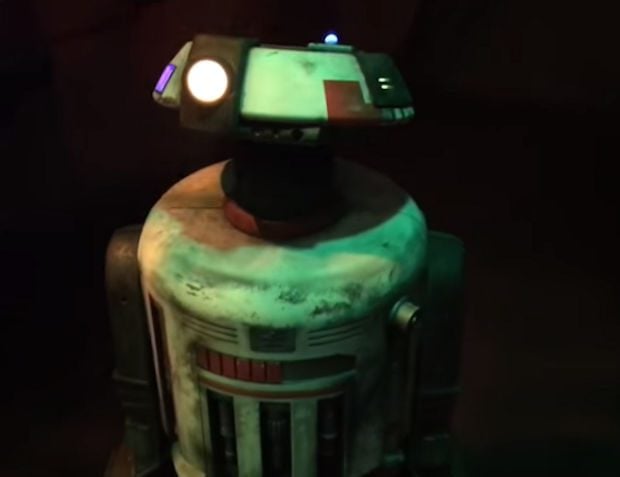 The new Star Wars lands are at least two years away, but they are hard at work as seen in this video. Disney fanatic DAPs Magic spotted this new interactive droid called Jake being tested at the Star Wars Launch Bay at Disneyland. Jake looks pretty cool, even if he does have a lame droid name. We aren’t sure if someone is controlling it, if it just follows a track in the floor, or if it is doing it’s thing independently.

Jake can apparently interact with the exhibits, like how he rolls up to a control panel and beeps at the computer and shake his head. Let’s just hope he doesn’t crash into people or knock over any kids.