Your car probably already smells like a Whopper thanks to that half-eaten burger you crumpled up in the bag and tossed in the back seat, but if that’s not you, there’s a better way to get that smell. Burger King Brasil is here to help. 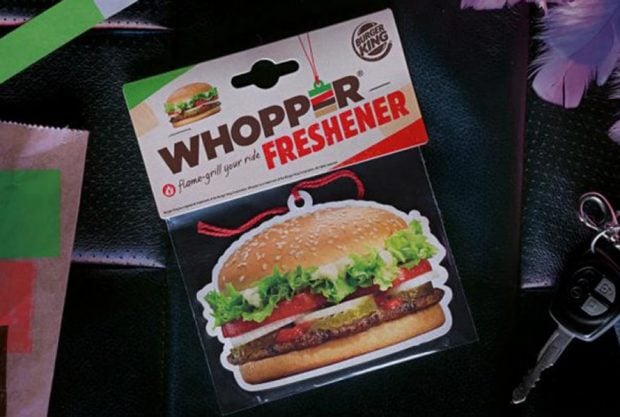 To celebrate the recently passed International Hamburger Day, they released a batch of Whopper air fresheners. That’s right. air fresheners that make your car smell like a flame-broiled burger. Just in case you need that smell in your car. I guess it beats rubbing meat all over your upholstery. But really, if you want your car to smell like a Whopper, just buy a Whopper. Just don’t drop any french fries under your car seat.

[via Mental Floss via Foodiggity via Incredible Things]