Yes, this really exists. LG is now selling a television set that drives away mosquitoes with ultrasonic sound waves. Because I always like to leave every door and window open while I watch TV, letting mosquitoes inside. 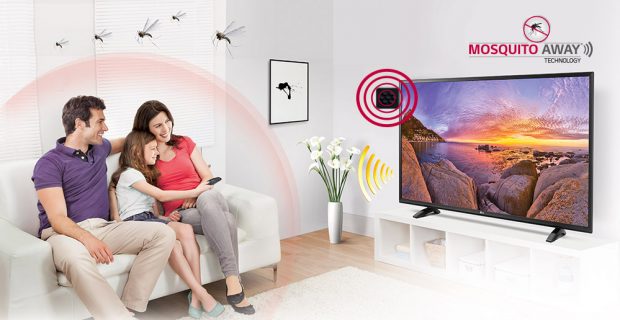 In all seriousness, there is a legitimate reason for this TV’s existence. LG is marketing the TV in India, where mosquitoes are a major public health menace. The 32″ model costs about $400(USD), which is clearly not the version shown in the picture, nor do those people look like they’re from India. Still, there must be plenty of other ways that people in India are combating these insects, so I’m pretty sure this is just LG throwing ideas against the wall and seeing what sticks.

Now if we can get a TV that repels bad programming, I’d be all over that.

[via Ace of Spades HQ via Neatorama]