This Strandbeest Inspired Bike Is a Slow Ride

This is the sort of nightmarish bike H.R. Giger might sell you if he owned a creepy bike store. It’s slow, creepy and inspired by the Theo Jansen’s Strandbeest. This thing was built by California art and engineering collective CARV. Obviously, they don’t have to get to places fast. 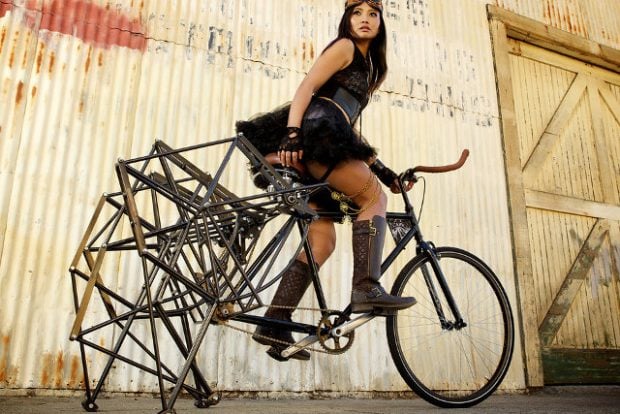 This bike has over 450 custom made components and took over 700 hours to build. Pedaling the bike drives four walking legs in the rear.

It’s like having a nice leisurely bike ride while being stalked by a giant spider. Not my idea of fun. I want to outrun spiders, not constantly be chased by them at 2 MPH. Now if they put legs in front and some mandibles, that’s a different story. 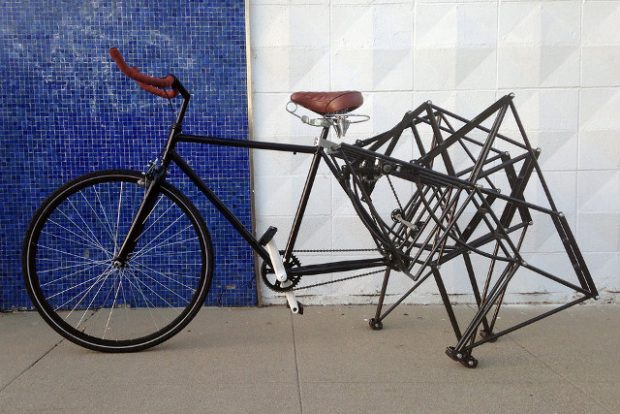 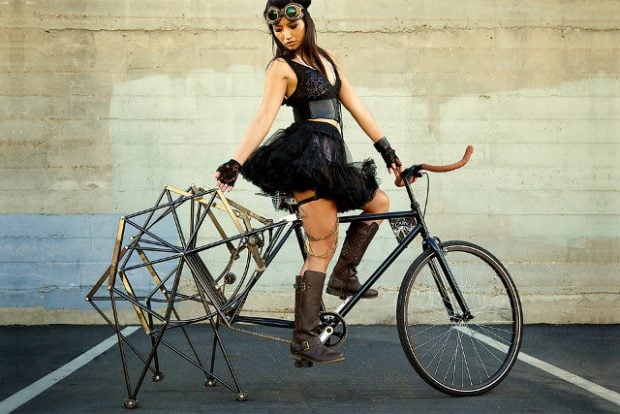