Today’s smartphones are shooting better and better video, making them more than sufficient for most purposes. However, one area where smartphones still kind of stink is in their audio recording quality. Their puny internal microphones were designed for making phone calls – so they tend to be tinny, and pick up lots of hiss and noise. If you want to record professional sounding audio with your phone, you’ll need an external microphone. And the best professional microphones typically won’t connect directly to a smartphone. Now, with the iKlip A/V, you can easily connect pro-grade audio recording gear to your smartphone, while at the same time providing a stable video rig for your phone. 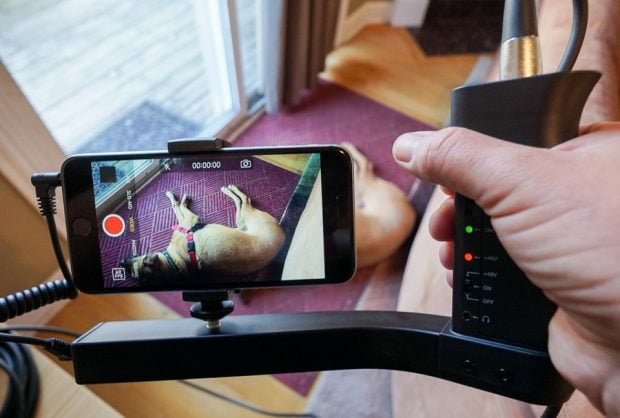 The heart of the iKlip A/V is a sturdy metal bracket which can be used either as a handheld rig, or to mount your phone on top of a standard tripod. The right handed grip doubles as a preamp and power source for professional microphones that require 48V phantom power, and there’s also a place to mount a wireless mic pack if you want to go cordless. Of course you can use dynamic microphones that don’t require power too. 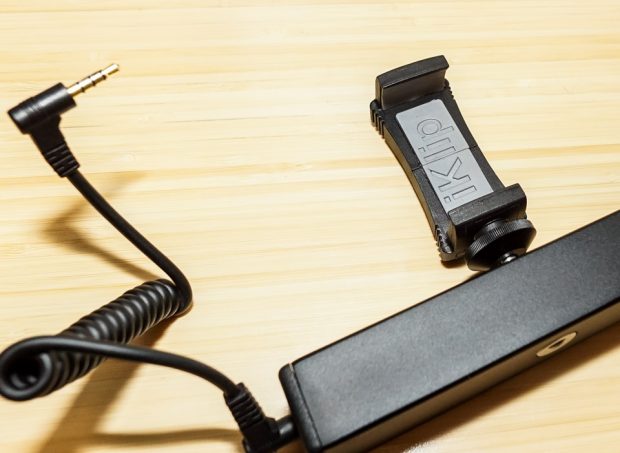 You can mount a wide variety of phones – from 3.5″ to 6″ screens – to the iKlip A/V’s expandable tension bracket. I had no problem mounting my iPhone 6 Plus, though my fat Mophie battery case didn’t feel that secure in its jaws, so I used my phone without its case. The whole rig seems quite stable, though it took me a little fiddling with the screw thread under the phone bracket to get it nice and locked down. As a bonus, you can unscrew the bracket and mount a standard camera on the screw thread if you’d like. As a camera grip, it’s perfectly adequate, adding some heft and keeping your fingers out of the way of your camera’s lens. Though if that’s all you need, you might be better off with one of the dedicated stabilizer grips on the market. However, those devices don’t get offer the major audio benefits that this one does. 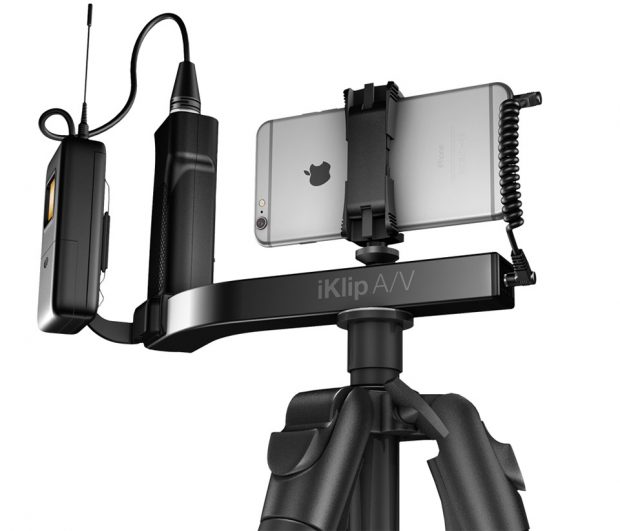 Once your phone is mounted, just plug in the short, coiled cable into your headphone jack, and plug your microphone into the 3-pin XLR jack on top of the handgrip. You can adjust microphone gain, and monitor levels via the built-in headphone jack. I found myself using IK’s iRig Recorder app to set levels, then shot video with the standard iPhone Camera app, which does not appear to support headphone monitoring. 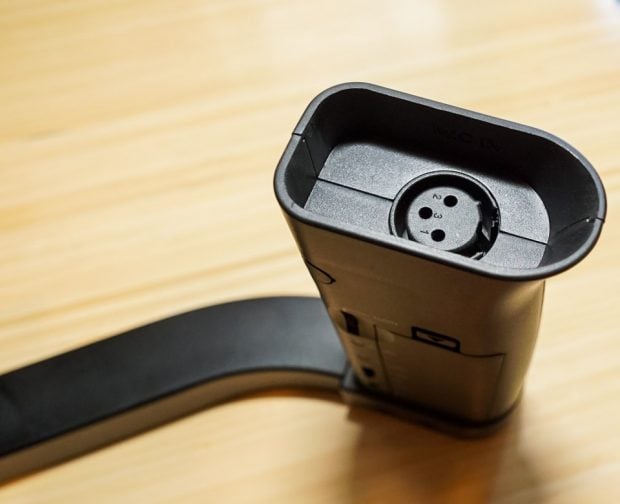 I connected my Marantz cardioid condenser studio microphone, turned on the 48V phantom power, and the difference in audio quality compared to that of the internal iPhone mic was pretty staggering.

Gone was any background hiss, and vocals were dynamic and clear as a bell. Your mileage may vary depending on the microphone you use, but rest assured, the result will be much better than your phone’s internal mic. You also get the flexibility of placing microphones directly on or near your subject, while the smartphone is placed elsewhere. This is especially great for situations where one person is shooting and another holds the microphone – like news reporting or interviews. 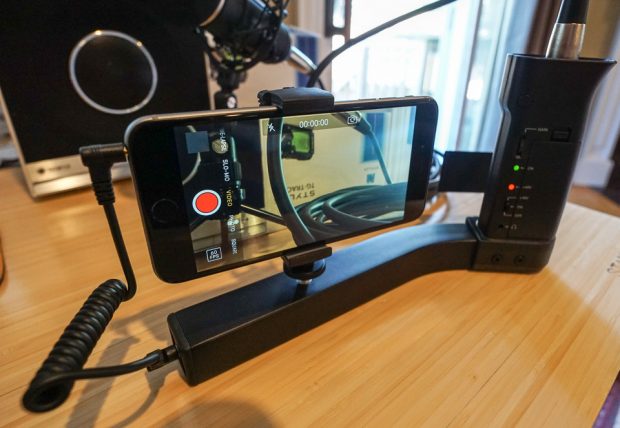 In the end, the iKlip A/V is a nifty piece of hardware that any smartphone shooter should have in their bag of tricks. I can see it being useful for smaller media outfits who want to save money and shoot with smartphones too. It enables smartphone users to take advantage of the image quality of their cameras, while upgrading their audio game substantially.

The iKlip A/V sells for $179.99(USD) and is available now from the IK Multimedia website or any of their dealers.