How to Train your Dragon Toothless Couch

For the first episode of the third season of “Super-Fan Builds” the folks at AWE went all out and created a couch shaped like Toothless from “Dragons: Race to the Edge”. They built it for a hardcore fan of How to Train Your Dragon. I wish I could lay around on a huge dragon like this all day. 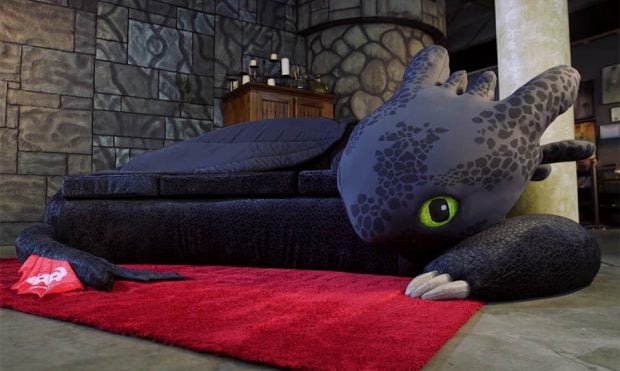 This couch looks pretty awesome. They really did a great job with that head. Who wouldn’t want to cuddle with this dragon? You can see the whole build in the video below.

As for the episode itself, it’s obviously sponsored by Dreamcast, and it all seems kinda forced and extra fake, but whatever, keep building cool stuff like this and I’ll still watch. That couch is super cute though.